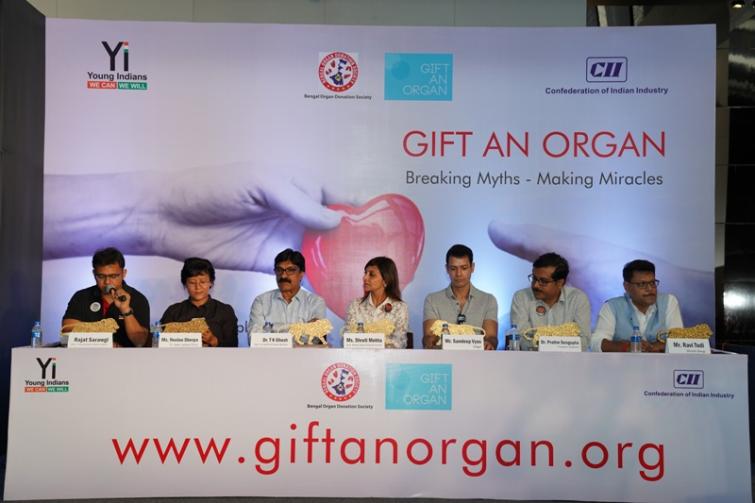 Kolkata, July 26 (IBNS): Young Indians, an integral part and a strategic partner of the Confederation of Indian Industry (CII), on Sunday organized an open house to address the noble cause of ‘Gift an Organ - Breaking Myths : Making Miracles’ and spread awareness about some of the most common myths around the initiative.

Tamal Kanti Ghosh said, "Lack of organ donors, lead to almost 8 lakh deaths annually. Almost 10,000 casualties are reported to due non-availability of organ donors." Dr. Tamal also stated, "The Government of West Bengal is working closely with Bengal Organ Donation Society to spread the word and make facilities available even across rural areas. Additionally, the civic bodies equally play an important role in the campaign and their constant support can contribute to the initiative’s success." 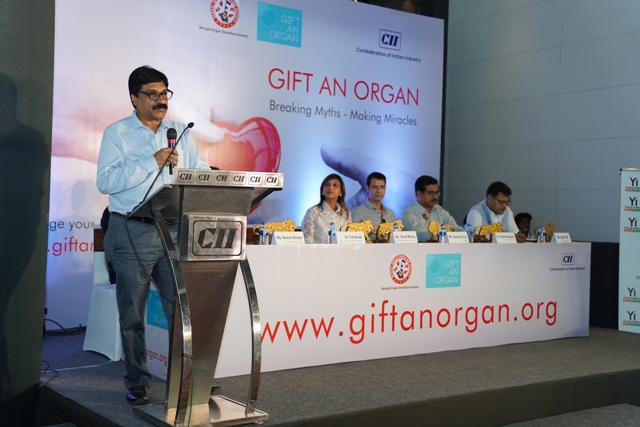 Shruti Mohta, representing Bengal Organ Donation Society said, "The statistics are really disturbing and brings our attention to organ donation to be the need of the hour.  We are constantly conducting workshops, seminars and awareness programs for people to support the cause and bring out the facts. Only then we can make this movement a successful one and help save millions of lives."

Rajat Sarawgi, Chair of Young Indians Kolkata emphasized, “Youth can play a vital role in promoting this cause and collectively we can be brand custodians of the initiative. Any individual has utmost potential to save lives irrespective of their caste, age, sex or religion. We at Young Indians aim to expand our network and spread the word across.”

Young Indians also organized a fun-filled evening ‘The Laughter Factory’ with ace comedians Atul Khatri, Azeem Banatwalla & Nishant Tanwar. The stand-up comedy was a unique way to spread the word about ‘Gift an Organ’ campaign and also resulted in 120 pledges from the audience.