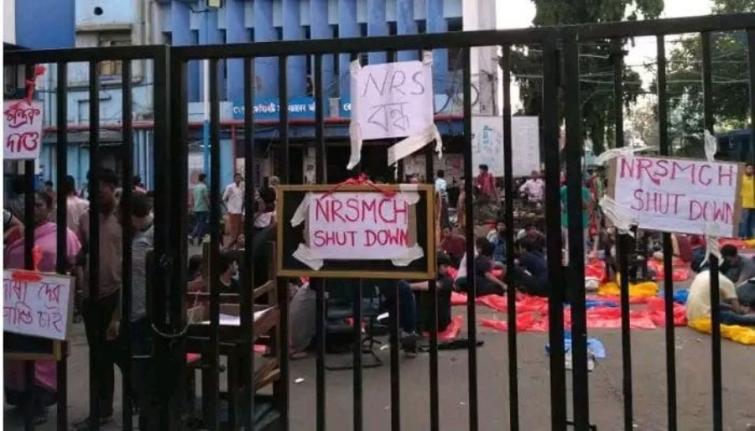 Mobocracy may spell doom for the medical profession in India: Expert

Kolkata, Jul 10 (UNI) Health-care  professionals are four times more likely to be injured and away from work as compared to other professionals.

This is mainly due to the fact that a doctor often deals with a person when he/she is in a stressful and emotionally taxing situation, Dr Naresh Purohit, Executive Member of the Federation of Hospital Administrators said here on Tuesday.


Dr Purohit made the observation while presenting his research study at a National Seminar on "Security Issues of Doctors In Health Care Institutions" at the Indian Institute of Management, Calcutta.


"Recurring violence and vandalism in government hospitals is the work of secondary parties--relatives of the patient, political party goons and in some cases police--rather than the patients themselves. The recurring violence in these institutions is a symptom of the general dysfunction of the healthcare system," the physician said.


His view assumes significance in the light of recent attacks on medics, particularly in the NRS Medical College here. Two junior doctors were severely assaulted by relatives of a patient who had died. Hospital services were disrupted for days as the doctors went on strike.


The principal author of the study, Dr Purohit, later told UNI that the reason for violence against doctors is not just money, but long waiting periods, unavailability of crucial investigations, inordinate delay in referral and unhygienic and extremely crowded conditions at hospitals.


According to his study 75 per cent of doctors in UP, Bihar, Jharkhand, West Bengal, Maharashtra, Gujarat, Madhya Pradesh, Karnataka and Delhi have faced violence at their workplace at one time or the other.


"Violence against doctors is a matter of serious concern and there is urgent need to make health care facilities safe havens for doctors and medical professionals," his study revealed.