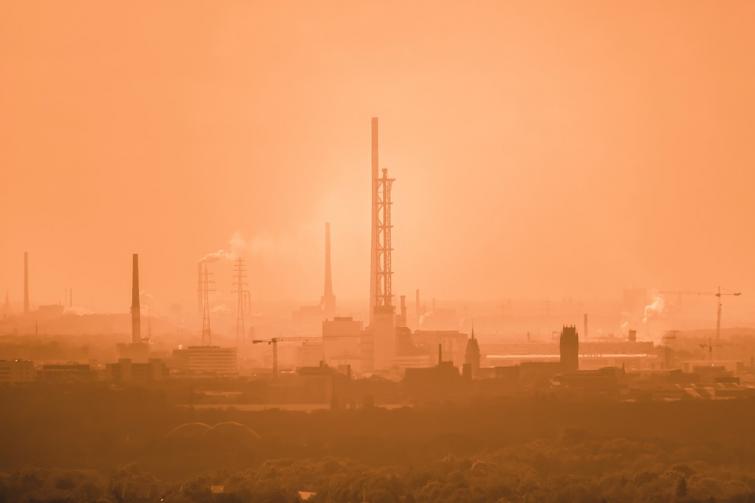 Exposure to air pollution before and after birth may hit fundamental cognitive abilities: Study

Barcelona,June 1 (IBNS): A growing body of research suggests that exposure to air pollution in the earliest stages of life is associated with negative effects on cognitive abilities.

A new study led by the Barcelona Institute for Global Health (ISGlobal), a centre supported by ”la Caixa”, has provided new data: exposure to particulate matter with a diameter of less than 2.5 μm (PM2.5) during pregnancy and the first years of life is associated with a reduction in fundamental cognitive abilities, such as working memory and executive attention.

The study, carried out as part of the BREATHE project, has been published in Environmental Health Perspectives. The objective was to build on the knowledge generated by earlier studies carried out by the same team, which found lower levels of cognitive development in children attending schools with higher levels of traffic-related air pollution, read the Barcelona Institute for Global Health (ISGlobal) website.

The study included 2,221 children between 7 and 10 years of age attending schools in the city of Barcelona. The children’s cognitive abilities were assessed using various computerized tests. Exposure to air pollution at home during pregnancy and throughout childhood was estimated with a mathematical model using real measurements.

The study found that greater PM2.5 exposure from pregnancy until age 7 years was associated with lower working memory scores on tests administered between the ages of 7 and 10 years. The results suggest that exposure to fine particulate matter throughout the study period had a cumulative effect, although the associations were stronger when the most recent years of exposure were taken into account. Working memory is a cognitive system responsible for temporarily holding information for subsequent manipulation. It plays a fundamental role in learning, reasoning, problem-solving and language comprehension.

Sex-stratified analysis showed that the relationship between PM2.5 exposure and diminished working memory was found only in boys. “As yet, we don’t understand what causes these differences, but there are various hormonal and genetic mechanisms that could lead to girls having a better response to inflammatory processes triggered by fine particulate matter and being less susceptible to the toxicity of these particles,” commented Ioar Rivas, ISGlobal researcher and lead author of the study.

The study also found that higher exposure to particulate matter was associated with a reduction in executive attention in both boys and girls. Executive attention is one of the three networks that make up a person’s attention capacity. It is involved in high-level forms of attention, such as the detection and resolution of conflicts between options and responses, error detection, response inhibition, and the regulation of thoughts and feelings.

Whereas previous studies in the BREATHE project analysed exposure to air pollution at schools over the course of a year, this study assessed exposures at the participants’ homes over a much longer time: from the prenatal period to 7 years of age.

“This study reinforces our previous findings and confirms that exposure to air pollution at the beginning of life and throughout childhood is a threat to neurodevelopment and an obstacle that prevents children from reaching their full potential,” commented Jordi Sunyer, Childhood and Environment Programme Coordinator at ISGlobal and last author of the study.