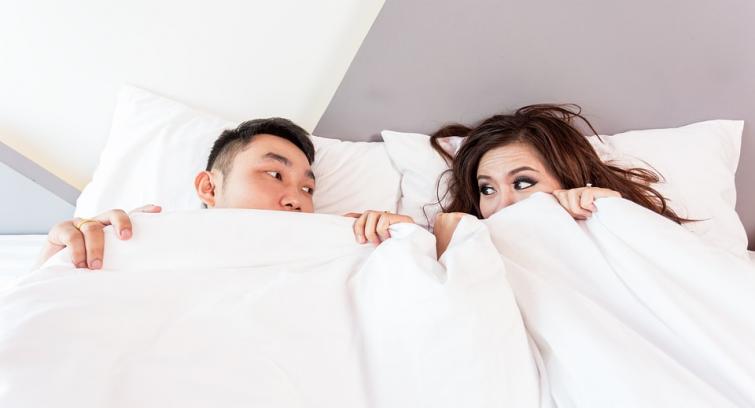 Sexual problems in India on the rise, says expert

Kolkata, Apr 13 (UNI) Lifestyle changes have impacted men and sperm count has gone down by 50 per cent in the last 50 years.

In women of reproductive age premature menopause, premature ovarian failure (a stop in the normal functioning of the ovaries in woman younger than age 40) and increasing cases of polycystic ovary syndrome (PCOS) are causes for concern, said Dr Naresh Purohit, visiting Professor at Kolkata- based West Bengal University of Health Sciences (WBUHS) School of Public Health.


Reading from his research study, he said that in the age of careening careers and boardroom battles, ardours are cooling in bedrooms across urban India.
'With the world's highest prevalence of both diabetes and heart diseases, India is considered the impotence capital of the world', Dr Purohit observed while presenting his study at the National Continuing Medical Education Programme on Recent Advances in Sexual Medicine organised by the North Bengal Medical College, Jalpaiguri.


He said in his study that 90 million Indians suffer from erectile dysfunction and the market for drugs targeting them is worth Rs 90 crore. Four per cent of Indian women face menopause between age 29 and 34 - one of the lowest thresholds in the world.
'Lifestyle habits like smoking, drinking, unhealthy eating habits stress at work or home are among the many things that can put a big crimp in ones desire for sex at any age,' he pointed out.


Dr Purohit observed in his study that modern couples are deferring their sex drives in favour of careers.


'Men are attaining job satisfaction at the risk of having low libidos, which in turn translates to involuntary infertility. 42 per cent people in India have sex just once or twice a month. Sex is no longer an activity of pleasure,' Dr Purohit said.


'The impact of obesity on sex is three fold. It greatly affects a person's body image and social acceptance, which then impacts sexual life. But the most important effect is on fertility levels. About 25 per cent of obese couples are infertile. And as they reach normal weight they are fine,' he observed.