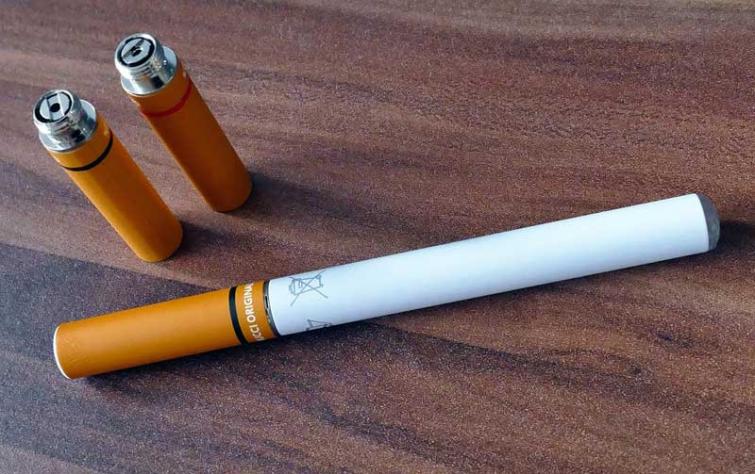 New York, Feb 2 (IBNS): The dramatic rise of teens who use electronic cigarettes threatens to unravel five decades of public health gains regarding tobacco use, as evidence shows these teens are significantly more likely to move on to traditional cigarettes, according to the American Academy of Pediatrics.

The AAP renews its call for immediate federal intervention to restrict the marketing and sales of e-cigarettes to youth in its policy statement, “E-Cigarettes and Similar Devices,” published in the February 2019 Pediatrics (published Jan. 28 online).

E-cigarettes appeal to youth because of enticing candy or fruit flavorings and sleek designs, and often are perceived as less harmful than traditional tobacco products, research shows. Yet the aerosol “vapor” produced from e-cigarettes typically comes from a solution that contains nicotine and other toxins, including known carcinogens.

“Nicotine is highly addictive, and we know that the earlier that someone uses nicotine products in childhood, the more difficult it is to quit later,” said Brian P. Jenssen, MD, FAAP, lead author of the statement generated by the AAP Section on Tobacco Control, primary care pediatrician at Children's Hospital of Philadelphia and researcher at PolicyLab. “Most adult smokers started using tobacco before age 18.”

Nicotine also can have lasting damaging effects on adolescent brain development and is linked to other adverse health outcomes, especially for a developing fetus.

“E-cigarettes need stronger federal regulations to prevent youth access and use,” said Susan C. Walley, MD, FAAP, co-author of the statement and Chair of the AAP Section on Tobacco Control. “The research is clear that teens are at higher risk of transitioning to traditional cigarettes even with experimental use of e-cigarettes.”

Scientific evidence does not support health claims that e-cigarettes are effective as smoking cessation aids.

The AAP recommends that:

The FDA should act immediately to regulate e-cigarettes and ban the sale of the products to people under 21 years old.

Internet sales of e-cigarettes and e-cigarette solution should be banned.

Efforts should be made to reduce youth demand, by banning characterizing flavors, including menthol in e-cigarettes

Advertising and promotion of e-cigarettes that are accessibly to youth should be banned.

E-cigarettes should be incorporated into current tobacco-free laws and ordinances where children and adolescents live, learn, play, work and visit.

Pediatricians should screen for e-cigarette use, counsel about health effects and should not recommend e-cigarettes as a treatment option for tobacco cessation.

“It took decades to raise awareness of the deadly effects of smoking and traditional tobacco use,” Dr. Jenssen said. “Today, we know that e-cigarettes are dangerous for children and teens. We have a chance to protect this generation, but we need to act now.”