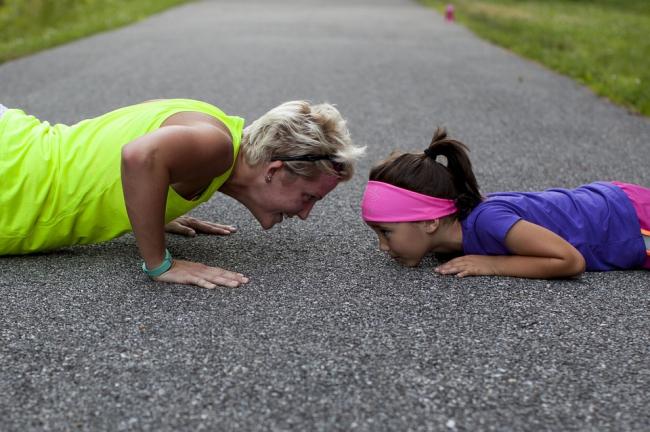 Out of shape and middle-aged? It's not too late to turn it around, says study

New York, Oct 2 (IBNS): Middle age isn’t too late to get moving and improve your future health. But don’t wait too long.

Putting it off until well into the 60s could bring exercise benefits, but research has found the reversal of heart damage won’t happen.


“If that aging process goes unchecked, you’re unlikely to change the structure of the heart and blood vessels,” said Dr. Benjamin Levine, a sports cardiologist. He’s director of the Institute of Exercise and Environmental Medicine, a collaboration of UT Southwestern Medical Center and Texas Health Presbyterian Hospital Dallas.

A study(link opens in new window) by Levine’s team published in the journal Circulation in January 2018 sought to find the “sweet spot” in middle age for restoring the elasticity of the heart through exercise. Study participants were in their early 50s on average.

Heart stiffness, a potential precursor to heart failure, decreased for those who engaged in two years of the right kind and right amount of exercise.

Think of the difference between an old, stiff rubber band that’s been sitting in a junk drawer and a new rubber band pulled from a fresh pack, Levine said. The new one is more flexible.

“You stretch them, and they snap back,” he said. “That’s true for the heart and blood vessels as well.”

Participants who took part in a training program of high- and moderate-intensity exercise four to five times per week showed improvement in heart elasticity and in how their bodies used oxygen.

Levine said exercise each week should break down into these segments:

One high-intensity workout, such as an aerobic interval workout that boosts the heart rate for four minutes at a time in several spurts during the session.
An hour-long moderate-intensity workout doing something you find fun, such as tennis, biking, walking or Zumba.
Two or three more moderate workouts per week that might make you sweat, but still allows you to talk with someone.
A strength training session.

Getting physically active is one of Life’s Simple 7, measures and actions identified by the American Heart Association as having the most impact on heart health. The others are eating healthy, managing blood pressure, controlling cholesterol, reducing blood sugar, losing weight and quitting smoking.

Overall costs of cardiovascular disease in the United States were $555 billion in 2016. By 2035, that number is expected to grow to $1.1 trillion. Heart failure costs alone are more than $30 billion each year nationally.

Heart disease prevention and living a healthier life can be exercise motivators in their own right. Unfortunately, many people “just get overwhelmed by life” by middle age, Levine said.

To make physical activity a priority, he advises making exercise part of your daily routine, like getting dressed or brushing your teeth.

“Exercise needs to be part of your personal hygiene. It’s not something that you just add on,” he said.

Walking is an easy, inexpensive and safe way to start an exercise plan in middle age. Cross-training, which avoids performing the same movements day in and day out, can help guard against repetitive stress injuries in joints, Levine said.

There also are outside sources of support, including employee incentive programs that encourage workers to maintain good health like a discounted gym membership. Medicare offers a SilverSneakers(link opens in new window) program that provides free access to gyms and fitness classes.

The key is getting in the exercise habit, especially by late middle age.

“It’s critical to your health,” Levine said. “It can change the structure of your heart and blood vessels. That’s a really powerful tool.”