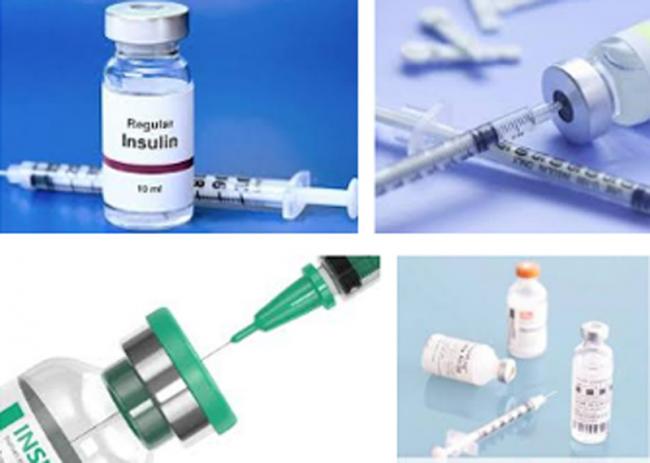 New York, Sept 22 (IBNS): Diabetes is not the only disease on which insulin has an effect, it appears. In a new study that involved tests on mice researchers from the University of Copenhagen, among others, have discovered a new method for treating chronic colitis with regular insulin.

The researchers have set up a company with a view to testing the treatment and hopefully making it available to patients.

Tens of thousands of Danes take insulin every day to treat their diabetes. But diabetes is not the only disease on which insulin has an effect, it appears. Chronic bowel inflammation can be treated effectively by injecting insulin into the rectum, it appears from a new study, where researchers have tested the treatment on mice. The study is a collaboration between departments at the University of Copenhagen and Roskilde University.

’Our new treatment with insulin on mice shows great potential against chronic bowel inflammation in humans like Colitis Ulcerosa, which causes a lot of people great discomfort. Existing treatments attack the bowel’s immune system, dampening it; instead our method strengthens the bowel cells’ own defence. It appears to work equally well, and it can probably be used in combination with existing treatments’, says Jørgen Olsen, co-inventor of the treatment and professor at the Department of Cellular and Molecular Medicine, University of Copenhagen.

The new study has just been published in the scientific Journal of Crohn’s and Colitis, and it has examined the effect of the treatment in a series of tests on mice with chronic colitis of the type Colitis Ulcerosa, among others, from which 20.000 Danes suffer. The cause of these bowel disorders is unknown, but they cause patients great discomfort and can involve bloody diarrhoea, anaemia, stomach ache and weight loss.

Strengthened Defence and Weakened Attack
The researchers have studied the effect of the insulin treatment in various ways. First, they have shown that the amount of inflammation, expressed as the level of the marker Cox2, drops by 50 per cent compared to the saltwater control treatment. That is more or less the same effect shown in tests on mice prior to the launch of the existing treatment in the market.

Second, the researchers have measured the body weight of the mice – we know that people suffering from colitis typically lose a lot of weight because they do not eat much. As this marker is relatively crude, some studies of the existing treatment have shown no effect at all. However, using the new insulin treatment the mice lose 15-20 per cent less weight than the control group, and following treatment they gain weight 50 per cent faster, which is an important sign of health.

The insulin works because it activates a gene inside the bowel cells, which, according to other studies, has an antioxidant effect and thus may be able to protect the bowel cells from inflammation. This makes the new treatment different from existing medication, which instead of strengthening the bowel’s defence weakens the immune system’s attack on the bowel. And therefore the researchers hope the new treatment can be combined with the existing.

Based on the positive results the researchers have now set up a company that will test the treatment in clinical trials on humans and hopefully eventually make the technology available to patients.

According to Professor Jørgen Olsen the researchers should, using traditional research funds, be able to initiate the so-called phase one trials, which are the first safety tests performed on humans closely monitored by healthcare personnel.

At the same time, the researchers are currently looking for investors willing to help them once they are ready for phases two and three, as they expect the authorisation process to be swift compared to brand new drugs, because injection in the rectum with existing drugs is a method that is already being used by these bowel patients, and because insulin is already a widely approved drug for diabetes patients.