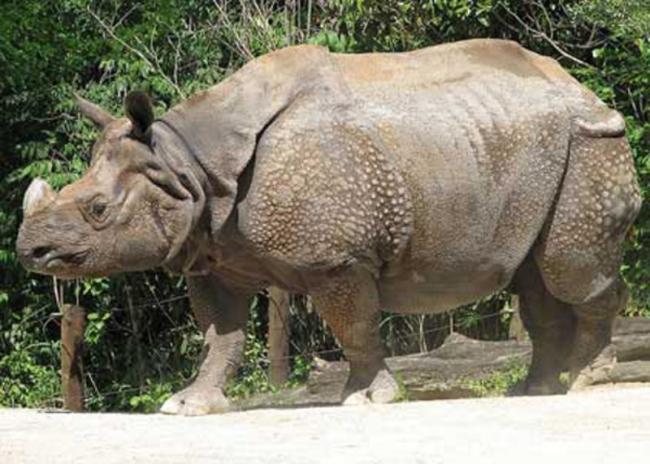 Guwahati, Mar 30 (IBNS): The number of world famous one-horned rhinos in Assam’s Kaziranga National Park has increased to over 2,400.

The latest report of Rhino Population Estimation, 2018 released on Friday stated that, total number of rhinos in the world heritage site counted 2,413, which indicated increase of 12 rhinos in the park in past two years.

The Rhino Population Estimation 2018, was launched in the park on March 26 and continued till March 28.

It is a regular exercise in the national park and it is conducted every three years.

The last Rhino Population Estimation was conducted in the park in 2015.

The number of calf rhinos in the park is estimated to be 385 followed by 387 sub-adult rhinos with age group between 4-6 years.

The rhino estimation was conducted by the state forest department and over 40 elephants were used to cover 74 compartments spread over the national park.

The state forest department officials, representatives of different NGOs and media persons were participated in the rhino population estimation. A total of 2329 rhinos were found in 2013 while it increased to 2401 in 2015.

The park lost 401 animals, out of which 31 one horned rhinos and 9 elephants were killed in last year's massive flood.

In past two years Kaziranga lost 21 rhinos which were poached inside the park.