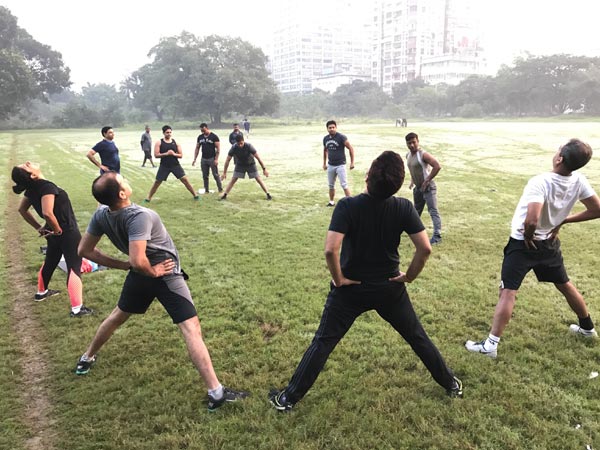 London, Dec 22 (IBNS): High-intensity exercise three times a week is safe for individuals with early-stage Parkinson’s disease and decreases worsening of the disease’s symptoms, according to results of a study published in the Dec. 11 issue of JAMA Neurology.

Participants enrolled in the Study in Parkinson Disease of Exercise (SPARX) were at an early stage of the disease and not taking Parkinson’s disease medication, ensuring the results of the study were related to the exercise and not affected by medication.

“The study results suggest that people who exercised at high intensity delayed the progression of Parkinson’s symptoms, while moderate-intensity workouts had no effect,” said Dr. Deborah Hall, associate professor in the Rush Department of Neurology and a co-lead author of the study results. Dr. Cynthia Comella, professor of neurology at Rush, was also a lead neurologist in the conduct and publication of the study.

In addition, most studies have not precisely measured or controlled exercise intensity, and none have been conducted at 80 to 85 percent maximum heart rate. It was thought that high-intensity exercise was too physically stressful for individuals with Parkinson’s disease. However, in this study the participants were able to maintain the high-intensity treadmill exercise at least three times weekly for six months at the target heart rate.

Researchers confirmed it was safe for the participants to do high-intensity exercise by giving them a cardiologist-supervised graded exercise test to evaluate the heart's response to exercise.

The results warrant further exploration of the optimal exercise regimes for Parkinson‘s disease and to evaluate whether exercise could slow progression of the disease itself, according to Hall and Comella.

“The earlier in the disease you intervene, the more likely it is you can prevent the progression of the disease,” said co-lead author Daniel Corcos, PhD, professor of physical therapy and human movement sciences at Northwestern University Feinberg School of Medicine. “We delayed worsening of symptoms for six months. Whether we can prevent progression any longer than six months will require further study.”

Parkinson’s disease symptoms include progressive loss of muscle control, tremors, stiffness, slowness and impaired balance. As the disease progresses, it may become difficult to walk, talk and complete simple tasks. Most people who develop Parkinson’s disease are 60 and older.

Parkinson’s disease is the second most common neurodegenerative disorder and the most common movement disorder. It affects more than a million people in the United States. Although medications may improve symptoms, there can be side effects associated with drugs, and reduced benefit over time.

It is clear that new approaches to treatment are needed, according to Hall. With the SPARX study, there is now strong evidence that people with the disease should consider vigorous exercise as a treatment, and one that gives them control over their disease.

The study was funded by grants from the National Institutes of Health and the Parkinson’s Disease Foundation.