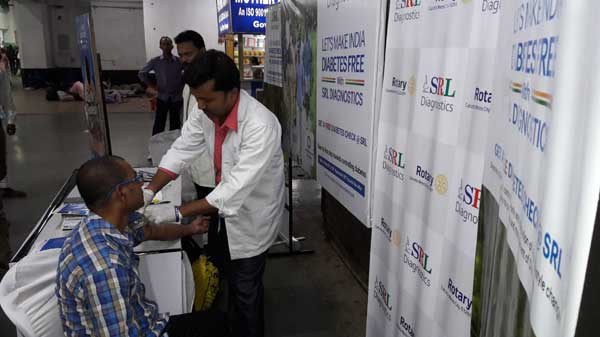 Kolkata, Nov 15 (IBNS): Eastern Railways, in association with Rotary Calcutta Metro City, Rotary District 3291 and SRL Ltd, organized a diabetes screening camp at the Sealdah Railway Station where 325 tests were conducted on the occasion of World Diabetes Day on Tuesday.

The camps generated a tremendous amount of interest among the daily commuters.

Diabetes currently affects more than 62 million Indians, which is more than 7.1% of the adult population. 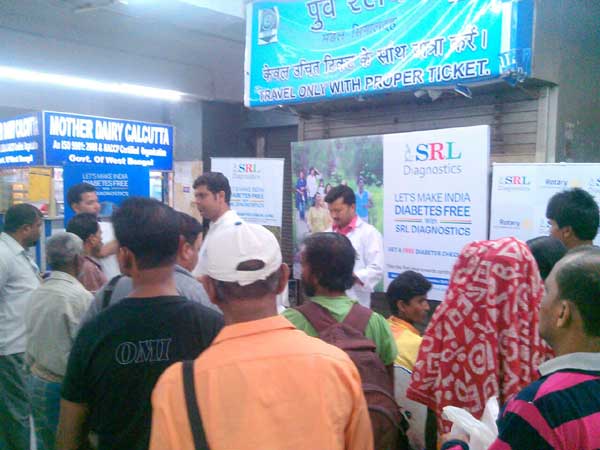 According to the Indian Heart Association, India is projected to be home to 109 million individuals with diabetes by 2035.  Rotary Club of Calcutta Metro City, part of World's largest service organization Rotary International, has come forward to create awareness and provide the detection facilities through such camps across the city.

The camp was conducted by SRL Ltd which is the largest Diagnostics Company in India established in 1995 having an impressive ‘Reach’, providing superior quality diagnostics services to its customers through a very efficient network of 367 networking laboratories, 5270 collection points in India & 69 in overseas countries namely Dubai, Sri Lanka, Africa, Nepal etc. 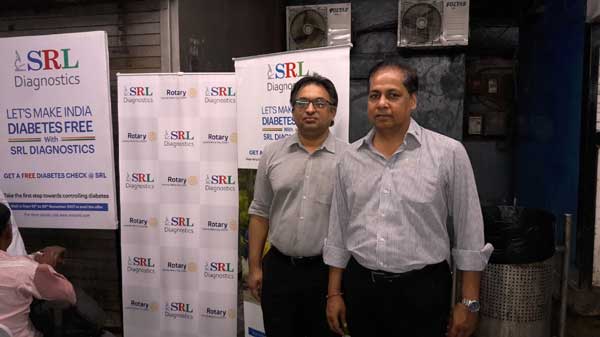 SRL has over 3800 tests in its repertoire which is the largest menu of tests in India.

Its Research &Innovation division is ISO certified and was the first lab in the Private Sector was recognized by the Government of India‘s Department of Scientific and Industrial Research.

Present on the occasion were  Past District Secretary of Rotary District 3291 Subhojit Roy along with other important members of Rotary Club.