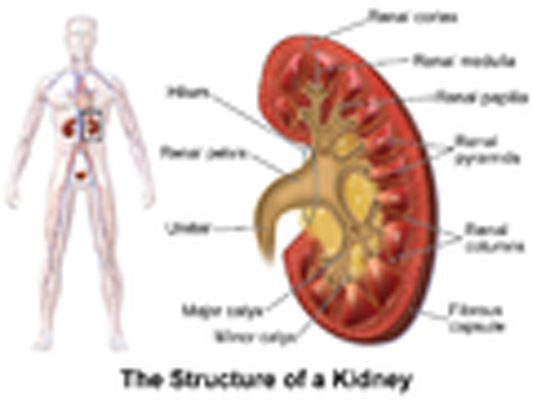 Pittsburgh,Nov 6 (IBNS): Embedding a decision support tool in the hospital electronic health record increases detection of acute kidney injury, reducing its severity and improving survival, according to new research from the University of Pittsburgh and UPMC.

The results, published today in the Journal of the American Society of Nephrology, address one of the most costly and deadly conditions affecting hospitalized patients, providing evidence that computers analyzing changes in renal function can alert doctors of acute kidney injury before the condition is obvious clinically.

“Acute kidney injury strikes one in eight hospitalized patients and, if unchecked, it can lead to serious complications, including the need for dialysis and even death,” said senior author John Kellum, M.D., professor of critical care medicine and director of the Center for Critical Care Nephrology at Pitt’s School of Medicine. “Our analysis shows that implementation of a clinical decision support system was associated with lower mortality, less need for dialysis and reduced length of hospital stay for patients diagnosed with acute kidney injury, among other benefits.”

Acute kidney injury is common in hospitalized patients, particularly those in intensive care units and older adults, and refers to a sudden episode of kidney failure or damage that happens within a few hours or days. It causes a build-up of waste products in the blood that can affect other organs, including the brain, heart and lungs.

While kidney function is monitored using simple blood tests, subtle changes can elude or delay detection of a problem. Failure to recognize and manage acute kidney injury in the early stages can lead to devastating outcomes for patients and increased costs to the health care system. Benefits of earlier detection of acute kidney injury include earlier intervention to mitigate loss of kidney function, and reduced hospital and long-term health care costs as a result of avoiding progression to severe and permanent kidney damage.

In 2013, Kellum’s team released a computer program within the electronic health record system across 14 UPMC hospitals. The program monitored levels of blood creatinine, a standard measure of kidney function, over time and analyzed changes in those levels. If the levels rose too high or fast, the program fired an alert in the patient’s electronic health record informing doctors that acute kidney injury could be present. It also helped determine the stage of injury based on changes from the patient’s baseline kidney function.

To determine what effect, if any, the computer program was having on physician behavior and patient outcomes, Kellum and his colleagues analyzed records from more than half a million patients admitted to UPMC. They started a year before the alert system was deployed, and continued for two years after. Patients with acute kidney injury had a small yet sustained decrease in hospital mortality of 0.8 percent, 0.3-day shorter length of stay and a decrease of 2.7 percent in dialysis rates. Even after adjusting for age and severity of illness, these changes remained highly significant.

In absolute terms, the changes are small, but given the annual frequency of acute kidney injury in hospitalized U.S. patients of about 12 percent – or 2.2 million people – these results would translate into more than 17,000 lives and $1.2 billion saved per year.

Kellum, who also is associate director for acute illness at Pitt’s Institute for Precision Medicine, plans to make improvements to the clinical decision support application in the future.

“Working with pharmacists to adjust patient medications and machine-learning experts to better predict which patients will be at greatest risk for adverse events, my team and I hope to make an even greater impact on patient outcomes,” said Kellum. “Incorporating protein biomarkers and even genomics into the system could one day revolutionize patient care, not just for acute kidney injury, but for other illnesses.”

Additional authors on this study are lead author Mohammed Al-Jaghbeer, M.D., at Pitt during the study, now of the Cleveland Clinic Foundation; Dilhari Dealmeida, Ph.D., of Pitt; and Andrew Bilderback, M.S., of UPMC.