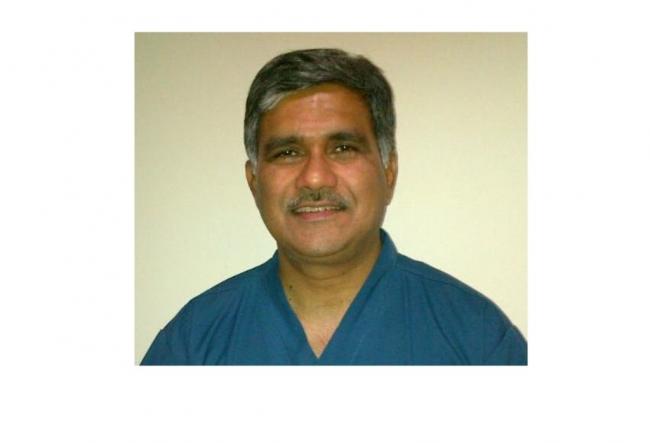 India Blooms News Service | | 04 Sep 2017, 08:38 pm
#MedicaHospital, #Medica Superspecialty Hospital, #Toddler
Kolkata, Sept 4 (IBNS): A 3-year old toddler was in a serious condition when her head was crushed under the wheels of a car with serious scalp injury and extensive skull fractures on the left side of the head.

She underwent a major surgery, at a hospital in Kolkata recently.

This Independence Day, Rani Rai (name changed on request), daughter of a Central Government employee, was hiding behind a car outside her residence in Midnapore at around 7.30 AM.

She was unconscious and bleeding profusely. She was immediately rushed to a local hospital in Midnapore. She was put on a ventilator, given first aid, and within a few hours, the doctors successfully transferred her to the emergency unit of Medica Superspecialty Hospital, Kolkata.

When she was admitted at Medica, she was unconscious, in shock and bleeding profusely and was on a ventilator.  The child had serious skull fractures, a hospital release said here today. Dr. Ashok Mittal, Senior Consultant & Director of Paediatrics and Neonatology and Dr. Samuel Vaddeswaram, Consultant-Pediatric Intensivist were in the team of doctors looking after Rani all the time starting from the time of resuscitation.

“We had to treat the blood loss with transfusions, manage the wound carefully as the brain matter was oozing out from the wound,” said Dr. Laxmi Narayan Tripathy, Vice Chairman; Director and Senior Consultant, Neuro & Spine Surgeon, Medica Institute of Neurological Diseases, Medica Superspecialty Hospital.

The CT (computed tomography scan which uses X-rays to make detailed pictures of parts of the body and the inside structures) scan of the brain showed the extensive fractures as well as damage to the left side of the brain, which was most likely due to vascular injury (vertebral artery).

After stabilizing the patient with blood and plasma transfusions, as well as antibiotics and brain protection medicines, the surgery was performed by a team of neuro and plastic surgeons. Fractured bone pieces were removed and the defect of the duramater (outer covering membrane of the brain) was closed with duragen (the collagen material, a dural substitute), recollects the team of doctors. The plastic surgery team then covered the defect of the scalp with rotational flap (scalp tissue was harvested and brought in to cover the defect) and skin grafts (skin was used to cover the resultant donar defect).

Talking about the salient features of this particular case, Dr Tripathy further said that the nature of the injury, safety concerns of the child who was transferred in a moribund state to Medica, severe blood loss and damage to the left side of the brain were difficult to address altogether.

The surrounding healthy scalp tissue was used to cover the exposed brain. While the defect of the scalp resulting from the flap was covered with the skin taken from thigh, said Dr. Akhilesh Agarwal, Consultant-Plastic Surgeon, Medica Superspecialty Hospital.

“It was a heart-stopping moment when we saw our little girl playing outside had her head crushed under the wheels of a car. Rani was wheeled into the OT in front of our eyes to undergo a complicated surgery. Till recently she was fighting for her life in hospital. Her brain was severely damaged. She was on life support for a couple of days. It was appalling to see my child lying unconscious for days. But I had full faith on Medica team of doctors who did operate on my little child,” said Rani’s father.

Dr. Alok Roy, Chairman, Medica Group of Hospitals said that Medica believes in saving the lives first. “We took up the challenge, and keeping in mind our experts, our team decided to give our best to save little Rani. She is recovering after fighting the battle for more than 15 days,” said Dr. Roy.