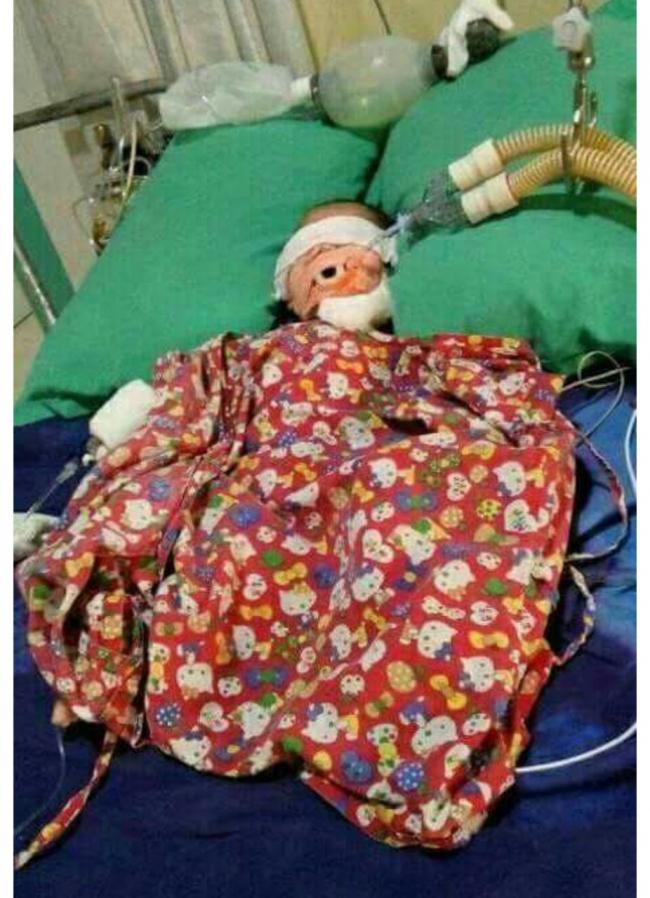 The ambulance carrying the critically ill child named Snigdharaag Bhuyan was provided a Green Corridor by the Kamrup (Metro) district administration for a quick passage to airlift.

The Green Corridor in Guwahati was set up along a 33-km stretch from Pratiksha Hospital to LGBI airport.

An air ambulance later flew the boy, who hails from northen Assam's Biswanath district with his parents to New Delhi for advanced treatment in the Gangaram hospital.

Snigdharaag is suffering from a rare infection of the lung and spinal cord and he was admitted at the Guwahati based hospital two months back and was being kept on ventilation at the hospital.

Guwahati city police commissioner Hiren Nath, who had supervised the 33-km long Green Corridor said that, it usually takes nearly about 90 minutes to cover the distance due to rush traffic, but the child reached at the LGBI airport in 28 minutes with the help of public, police personnel.

"Assam Chief Minister Sarbananda Sonowal has taken the matter very seriously and asked us to make special arrangement for the critically ill child. Then we appealed the public and received remarkable responses from the public," Hiren Nath said.

This is the second Green Corridor arranged in the state for passage of patient.

Earlier, Green Corridor was arranged in Dibrugarh for passage of a patient.

According to the reports, the air ambulance had left from the LGBI airport at around 11-50 am.

Snigdharaag parents said that they have to need a special arrangement for their child to provide advanced treatment in Delhi.

"After consultation with the doctors of Pratiksha hospital, we are requesting the state government and Kamrup (Metro) district administration to arrange a special movement for passage of our child. We are very thankful to the state government, Kamrup (Metro) district administration, Guwahati city police and people of Assam in our time to need," the child's mother Madhumita Saikia Bhuyan said.

Meanwhile, Assam Chief Minister Sarbananda Sonowal said that, the state government would bear the expenses of the child's treatment.

The Chief Minister’s Office (CMO) has already directed the resident Commissioner of Assam House in New Delhi to provide all necessary assistance to the family of Snigdharaag.

Earlier in March this year, a similar Green Corridor was arranged in New Delhi with intervention of Prime Minister Narendra Modi for an only eight-day-old baby from Dibrugarh, who was flown to Delhi for advanced treatment.

Meanwhile, the people of Assam had offered their prayers in many places in the state for the child's well being.