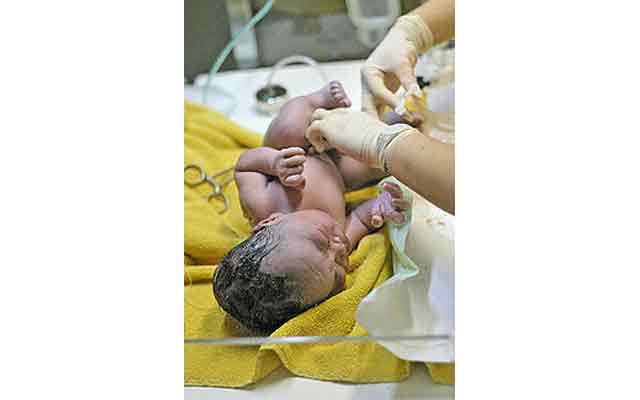 Professor Dieter Wolke in the Department of Psychology and the Warwick Medical School has formulated the world’s first universal charts for the normal amount of crying in babies during the first three months.

In a meta-analysis of studies involving almost 8700 infants – in countries including Germany, Denmark, Japan, Canada, Italy, the Netherlands and the UK – Professor Wolke calculated the average of how long babies fuss and cry per twenty-four hours across different cultures in their first twelve weeks.

On average, it was found that babies cry for around two hours per day in the first two weeks.

Crying generally peaks at around two hours fifteen minutes per day at six weeks – and reduces gradually to an average of 1 hour 10 minutes by the twelve week mark.

However, some infants were found to cry as little as 30 minutes - and others over 5 hours - in twenty-four hours.

Babies cry the most in the UK, Italy, Canada, and the Netherlands – and the lowest levels of crying were found in Denmark, Germany and Japan.

The current definitions for determining whether a baby is crying too much and suffering from colic, are the Wessel criteria, which were formulated in the 1950s.

As childcare and the family unit has largely transformed over the last half century and across different cultures, new universal guidelines were needed for modern parents and health professionals to assess normal and excessive levels of crying in babies.

Professor Wolke comments on what the research will lead to:

“Babies are already very different in how much they cry in the first weeks of life – there are large but normal variations. We may learn more from looking at cultures where there is less crying and whether this may be due to parenting or other factors relating to pregnancy experiences or genetics.

“The new chart of normal fuss/cry amounts in babies across industrialised countries will help health professionals to reassure parents whether a baby is crying within the normal expected range in the first 3 months or shows excessive crying which may require further evaluation and extra support for the parents.”

The research, ‘Systematic Review and Meta-Analysis: Fussing and Crying Durations and Colic Prevalence in Infants’ is published in The Journal of Pediatrics.