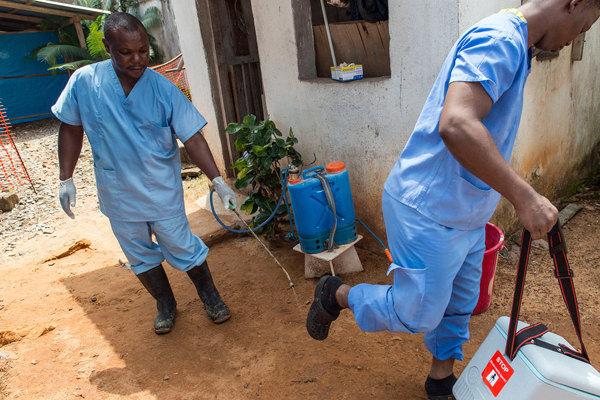 “I am declaring the current outbreak of the Ebola a public health emergency of international concern,” WHO Director-General  Margaret Chan told a press conference in Geneva, endorsing the unanimous recommendation made by Emergency Committee of International Experts on the current Ebola outbreak in Guinea, Liberia, and Sierra Leone, and which has now spread to Nigeria.

“This is the largest, most severe, most complex outbreak in the nearly four decades history of this disease,” said  Chan who also endorsed the temporary measures to reduce the spread of Ebola agreed upon by the Executive Committee and issues as a statement.

Regarding the issue of temporary travel bans, the Committee declared: “There should be no general ban on international travel or trade” but recommended restrictions regarding the Ebola-affected travelers.

As of 4 August 2014, the cumulative number of cases attributed to Ebola in the four countries stands at 1, 711, including 932 deaths.

WHO said the disease if affecting only a small part of the African continent, but the head of the UN health agency said there is “a clear call for international solidarity” to boost the capacity if the countries currently affected.

“Our collective health security depends on support for containment in support in these countries,”  Chan said.

For example, the Executive Committee said: “It is essential that a strong supply pipeline be established to ensure that sufficient medical commodities, especially personal protective equipment (PPE), are available to those who appropriately need them, including health care workers, laboratory technicians, cleaning staff, burial personnel and others that may come in contact with infected persons or contaminated materials.”

Keiji Fukuda, WHO Assistant Director-General for Health Security who joined  Chan at the press conference noted that fear and misinformation were contributing to the current outbreak, and reassured his audience, saying that Ebola can be contained.

Ebola “is not mysterious,”  Fukuda said. “This is an infectious disease that can be contained.”

The statement by the Emergency Committee said: “It was the unanimous view of the Committee that the conditions for a Public Health Emergency of International Concern (PHEIC) have been met.”

Among its recommendations was that: “There should be no international travel of Ebola contacts or cases, unless the travel is part of an appropriate medical evacuation” and outlined specific ways to minimize the risk of international spread of the Ebola virus disease as well as advice to currently unaffected countries and those bordering the affected states.

Based on the advice of the Executive Committee, “the Director-General accepted the Committee’s assessment and on 8 August 2014 declared the Ebola outbreak in West Africa a Public Health Emergency of International Concern (PHEIC).”

WHO has scheduled to convene a panel of medical ethicists to explore the use of experimental treatment in the ongoing Ebola outbreak in West Africa. Currently, there is no registered medicine or vaccine against the virus, but there are several experimental options under development.