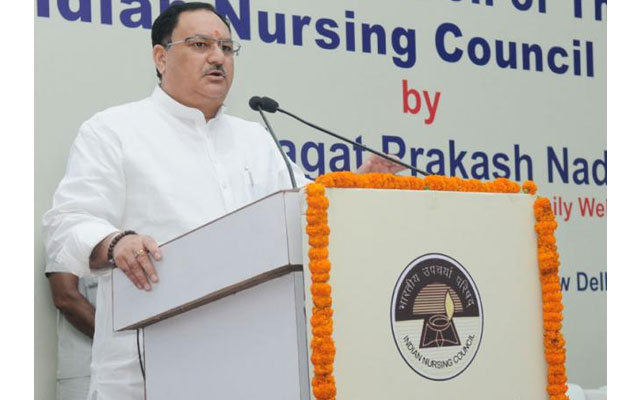 J P Nadda said that  Prime Minister Narendra Modi gave a call at the United Nations General Assembly to recognize Yoga as a provider of holistic approach to health and well-being.

"We are happy to note that the UN General Assembly adopted a resolution, with co-sponsorship from 177 countries, to observe 21st June as the International day of Yoga, the Union Health Minister stated at Colombo," he said.

Nadda was accompanied by Health Ministers of several nations in the Yoga session and more than a hundred participants.

Speaking on the occasion, Nadda said that Yoga, the “ancient Vedic gift to the world”, has the ability to bring together the body, soul and mind for a holistic approach to health and wellbeing, including the physical, mental and spiritual realms of the human being.

“Yoga is not just a set of exercises. Rather, Yoga is a philosophy of discipline and meditation that transforms the spirit and makes the individual a better person in thought, action, knowledge and devotion,” the Health Minister elaborated.