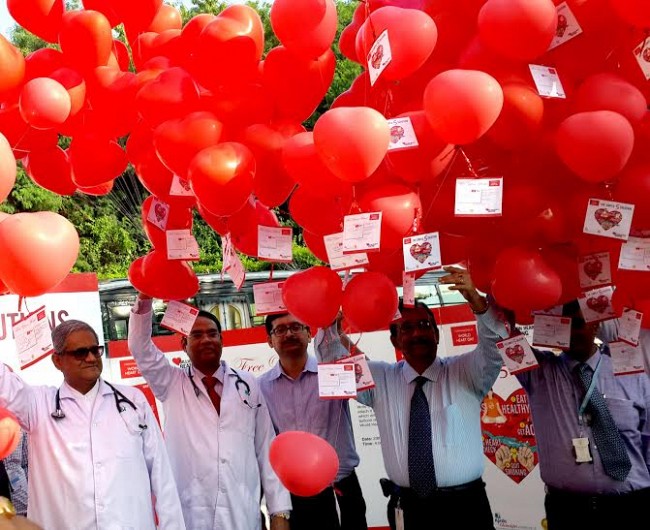 The findings, published in the British Journal of General Practice, present a strategy that could address the under-treatment of individuals at highest risk of heart disease or stroke.

Information in electronic medical records was used to target patients at highest risk of heart disease and invite them for a check-up.

The authors believe that it presents clear evidence that using electronic medical records to target patients for health checks is a better solution than the current programme of NHS Health Checks for all.

Official policy of Health Checks for all adults has been the subject of high profile reviews, which highlight their inability to identify enough high risk eligible patients or to start enough preventive drugs in patients who need them.

This study took place in 26 general practices from urban areas in the West Midlands region of the UK between February 2009 and August 2012.

Untreated high-risk patients between the ages of 35-74 were identified from their GP’s electronic medical records.

A high-risk patient community is defined by at least 20 in 100 being expected to get heart disease within the next ten years. Most of the identified group were middle-aged males, and around half were smokers.

A dedicated nurse, resourced and managed separately from the primary care team, then invited them for a check-up. The study compared the number of patients started on preventive drugs when the nurse was actively inviting patients to the number started in a similar time period before the nurse arrived.

Professor Tom Marshall, from the University of Birmingham, explained: “We know that the treatments work. The problem has been identifying the highest-risk patients who benefit most and offering them blood pressure treatment or statins.”

Official UK government policy is to offer NHS Health Checks to everybody aged over 40 years.

Professor Marshall added: “Health Checks may be wasteful because it does not prioritise those most likely to benefit. We now have strong evidence to support the idea of targeted health checks. It is a bit like intelligence-led policing, putting our staff where they are most likely to be useful.”

Professor Marshall  said: “The pilot study highlighted that there needs to be someone to coordinate inviting and assessing patients. Aside from that, we don’t need extra resources. Every GP has electronic patient records and can generate a list of high-risk patients. We can unburden the health service if we stop inviting low-risk patients for Health Checks.”