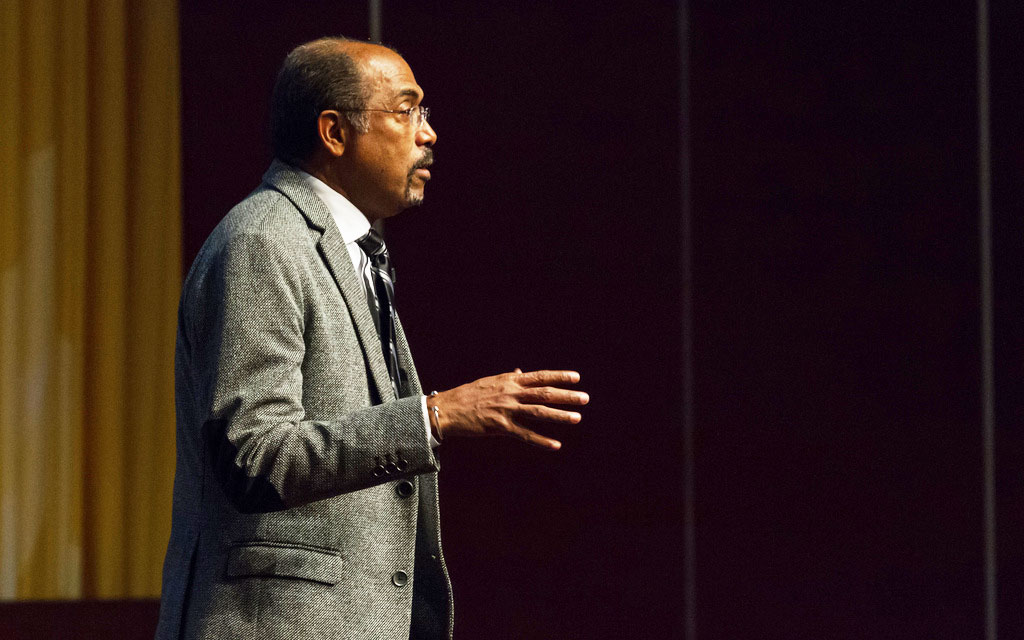 UNAIDS chief calls for end to 'hypocrisy' in fighting HIV-AIDS

In his opening remarks to the 20th International AIDS Conference in Melbourne, Michel Sidibé, Executive Director of the Joint UN Programme on HIV/AIDS (UNAIDS) received wide applause when he declared, “I'm calling for al end to AIDS by 2030.”

He urged world leaders to “stop the hypocrisy and promote sexual and reproductive health and rights.”

The five-day conference is being held under the banner of “Stepping up the pace.” It is being held as the international community is pushing towards accelerated progress on the eight anti-poverty goals known as the Millennium Development Goals (MDGs) and laying the foundation for a sustainable development agenda that will begin after their 2015 deadline.

“The post-2015 agenda should explicitly embrace human rights,” Sidibé said underscoring the importance of equal access to health and HIV/AIDS treatment for people who are gay, lesbian, bisexual and transgender.

Ban also paid his “highest tribute” to the people traveling to the conference who were killed in the crash of the MH17 flight over eastern Ukraine. Among the casualties was a staff member of the World Health Organization (WHO), Glenn Thomas.

“In the epidemic's early days, affective groups and civil society refused to accept defeat,” Mr. Ban said. “Now, let us take strength in the commitment of those who are no longer with us and carry on their work to realize a world free of AIDS by 2030.”

Also killed in the crash was Joep Lange, the former head of the International AIDS Society.

In his address, Sidibé called Lange, his “friend and mentor” who inspired him in the global fight against HIV and AIDS.

On the sidelines of the conference, UNAIDS organized the inaugural 'Cities for Social Transformation' meeting where participants from cities and local leadership agreed to work towards meeting UNAIDS's goal of ending the epidemic by 2030.

“They have the resources and the architecture to deliver essential social and health services,” said Mr. Sidibé, adding that it is time to focus on local epidemics and city governments as the driving force of change. “They are the catalyst for forging new partnerships between communities, civil society and government.

“We will not end the AIDS epidemic without harnessing the power of cities,” he underscored.

The event included mayors and representatives of 18 cities, governors, senior members of parliament, health ministers, a Head of State and senior health professionals.

The leaders committed to a rapid scale-up of prevention, treatment, care and support programmes, as well as addressing the needs of people at higher risk of HIV infection.