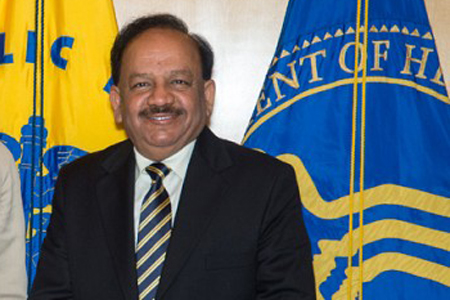 "While respecting the media’s tradition of highlighting diversity of opinion on social, political and economic matters, Dr Harsh Vardhan has comprehensively denied that he proposes a ban on sex education as suggested by a prominent newspaper through banner headlines today," the Ministry of Health and Family Welfare said in a statement.

The Minister, who is presently on an official visit to the United States, said, “I am a medical professional who has embraced rationalism and I whole-heartedly support pedagogy that is scientific and culturally acceptable. Anything abrasive to common sensibilities and articulated as such by responsible persons should be discarded and replaced by consensually accepted learning processes.”

He clarified that the view expressed on the website was entirely his own and made in the context of the UPA government’s 2007 decision to introduce the Adolescence Education Programme (AE) in its original form.

Even the chief ministers of UPA-ruled states had objected to it and subsequently it was modified, he said.

He said, "Crudity and graphic representation of culturally objectionable symbols as manifested in the UPA’s so-called sex education programme cannot be called sex education. Every education system must strive to have an ideal curriculum and to that extent my stand is valid.”

This comes after the Union Minister on his website wrote "so-called sex education should be banned and value eductaion should be incorporated in school curriculum.

"Value Education will be integrated with course content as per Order of Hon'ble Supreme Court, 2002. So-called 'sex education' to be banned. Yoga to be made compulsory," Vardhan wrote on his website.