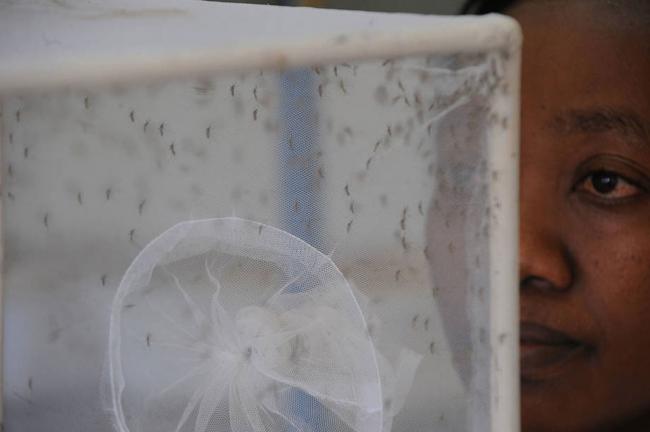 India Blooms News Service | | 26 Feb 2016, 09:50 am
#Zika, # WHO
New York, Feb 26 (Just Earth News/IBNS) The above-average rainfall caused by El NiÃ±o that is expected in parts of South America until May could cause floods and increases in diseases spread by mosquitoes, including malaria and the Zika virus, the World Health Organization (WHO) has warned.

A recent report published by the agency on the health consequences of El Niño forecasts a rise in vector-borne diseases, including diseases spread by mosquitoes – which also include dengue and chikungunya – in Central and South America, particularly in Ecuador, Peru, Paraguay, Uruguay, Brazil and Argentina. Severe drought, flooding, heavy rains and temperature rises are all known effects of El Niño – a warming of the central to eastern tropical Pacific Ocean.

“We could expect more mosquitoes capable of spreading the Zika virus because of expanding and favourable breeding sites due to the weather effects of El Niño,” Raman Velayudhan, coordinator of vector ecology and management in WHO’s Department of Neglected Tropical Diseases, said earlier this week in a press release.

Zika is a virus spread to humans by Aedes mosquitoes – the same mosquitoes that spread dengue, chikungunya and yellow fever. The Aedes mosquito breeds in standing water. The symptoms known to be caused by Zika infection tend to be mild, and it is estimated that three out of four infected do not show symptoms.

WHO noted that steps are being taken to prevent and reduce the health effects of El Niño, in particular by reducing the mosquito populations that spread Zika virus.

“Households can also help reduce mosquito populations,” said Velayudhan. “Containers that can hold even small amounts of clear water such as drums, buckets, flower pots, roof gutters or used tyres should be emptied, cleaned or covered so that mosquitoes cannot use them to breed, including during severe drought.”

WHO and its partners are working together to provide support to ministries of health to strengthen actions that help control mosquito populations, boost vector surveillance, monitor the impact of actions to control the mosquito populations; build country and WHO response efforts to address El Niño-related disasters; and share information across the region for planning a rapid response and recovery.

The current El Niño from 2015 to 2016 is expected to be the worst in recent years and comparable with the El Niño in 1997-1998, which had major health consequences worldwide. For example, in Ecuador, the 1997-1998 El Niño event affected 60 per cent of the population and outbreaks of malaria – also spread by mosquitoes – increased by 440 per cent.

While adverse weather effects of El Niño are expected to wind down by mid-2016, the health impacts may last throughout 2016 and beyond, WHO said.

Meanwhile WHO, today, released guidance for health workers to assess microcephaly and identify and manage Guillain-Barré syndrome and other issues in relation to Zika virus and the current health emergency.