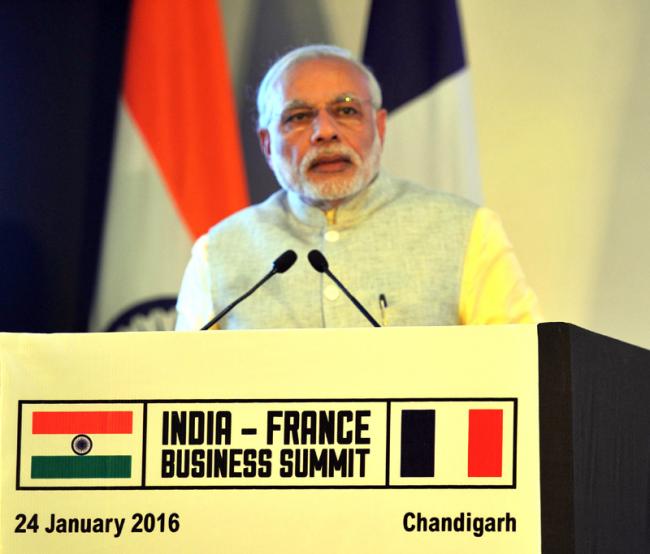 Cabinet approves agreement for collaborative activities in area of traditional medicine between Ministry of AYUSH, WHO

India Blooms News Service | | 17 Feb 2016, 04:43 pm
#Cabinet, # traditional medicine , # Ministry of AYUSH, # WHO
New Delhi, Feb 17 (IBNS) The Union Cabinet chaired by Prime Minister Narendra Modi on Wednesday gave its approval to the Agreement for collaborative activities to be signed in the area of Traditional Medicine between Ministry of AYUSH, Government of India and the World Health Organization, Geneva.

The long-term collaboration with WHO would help in improving International acceptability and branding of Ayush systems, facilitate awareness generation regarding AYUSH systems of Medicine by means of education, skill development, workshops, publications and exchange programs between AYUSH and WHO for capacity building, facilitate advocacy and dissemination of information on AYUSH systems amongst the Member States; collaboration with third Parties for creating synergies in implementation of WHO Traditional Medicine Strategy 2014-2023 particularly in the context of AYUSH systems.

"The expenditure for carrying out collaborative activities will be met from the allocated budget under the existing plan schemes of Ministry of AYUSH," read a government statement.

The activities will start subsequent to the signing of agreements by the two parties as per terms of reference mutually decided. As a first step in the long-term collaboration, India would assign to WHO activities for development of the following WHO technical documents/publications which will help in better international acceptability of Indian Systems:

i. Benchmarks for training in Yoga;

ii. Benchmarks for practice in Ayurveda;

iii. Benchmarks for practice in Unani Medicine; and

iv. Benchmarks for practice in Panchakarma

Under the long-term collaboration, AYUSH and WHO would subsequently take up other mutually agreed activities and initiatives that could encompass multilateral collaboration for promotion of Traditional and Complementary Medicine/Systems (T&CM) including development of the WHO publication on the Basic terminologies for T&CM; establishment of a database for global T & CM practitioners; establishment of a network of international regulatory cooperation for T&CM practice.

The agreement between WHO and AYUSH is expected to benefit the practitioners of AYUSH systems.