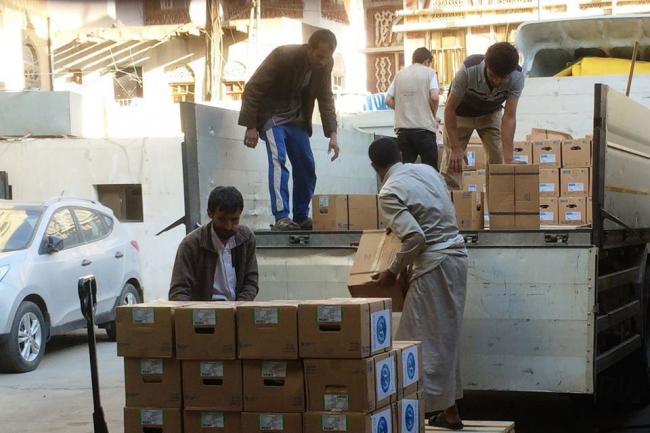 India Blooms News Service | | 17 Dec 2015, 08:59 am
#Yemen , # UN
New York, Dec 17 (Just Earth News/IBNS) The United Nations World Health Organization (WHO) and its partners on Wednesday appealed for $31 million to ensure the continuity of medical services for nearly 15 million people in Yemen affected by the ongoing conflict, following the collapse of the countryâ€™s health system.

“WHO is appealing to donors to help us meet the urgent, immediate humanitarian needs of the injured, pregnant women, malnourished children and elderly who are bearing the brunt of a collapsing health system,” said Dr. Ala Alwan, WHO Regional Director for the WHO Eastern Mediterranean in a news release.

Alwan said that with sufficient funds, risk of disease outbreaks and the possibility of avoidable deaths can be reduced by providing life-saving medications and vaccinating children.

“The funding requested will help WHO and our partners support vital health services in three major areas: casualty management for those injured due to the conflict, treatment for patients with chronic diseases, and disease surveillance and vaccination activities to prevent outbreaks,” said Dr. Ahmed Shadoul, WHO Representative to Yemen.

According to WHO, the health and humanitarian situation for the civilian population in Yemen has reached “catastrophic levels” with the situation in some governorates being especially “critical.”

WHO said that the entire population of the Aden governorate and more than three quarters in the Taiz governorate are in need of humanitarian assistance and since September fighting intensified in Taiz, leading to almost 240,000 vulnerable civilians living under a virtual state of siege.

The agency added that the conflict has crippled the health system, making the delivery of services and supplies extremely challenging. Almost 70 health facilities and 27 ambulances have been damaged, and there is a shortage of health workers, further limiting access to health care.

At the same time, WHO reported that fuel shortages have made it impossible for many major hospitals and health facilities to function optimally, while lack of fuel for ambulances has crippled the referral process.

This, WHO said, has disrupted surgical operations, including caesarean sections, and patients whose treatment requires constant power supply are also at risk. Fuel shortages are also creating severe challenges for the transportation of food, water, and medical supplies, and the operation of water pumps and generators.

In response to this, WHO said that it has supplied over one million litres of fuel to health facilities and ambulances to keep them functional, and additional support has also been provided for the delivery of water purification tablets and over 19 million litres of water to camps and areas hosting internally displaced persons.

The agency said that over the last 9 months, over 250 tons of life-saving medical supplies have been provided to Yemeni health authorities and international, and local non-governmental organizations, serving more than 7 million beneficiaries, and along with health partners, WHO has vaccinated 4.6 million children against polio and 1.8 million against measles in high-risk areas.

Lastly, WHO called on all donors to urgently fill the funding gap to ensure continuity of life-saving and essential health services.