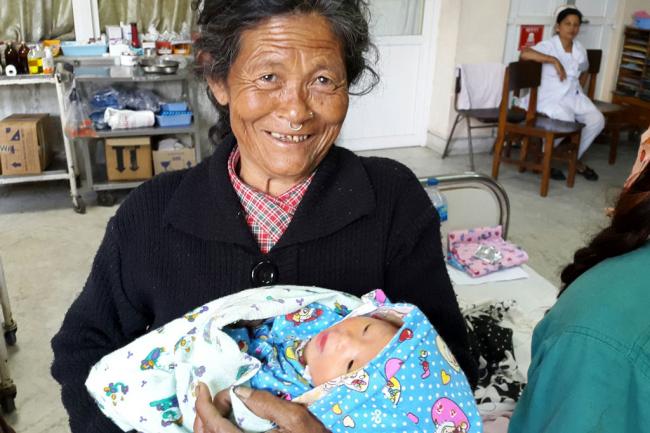 “Scaling up interventions with good quality care around the time of childbirth and during the first days after birth can substantially prevent complications and infections in new-borns, which are the main causes of new-born deaths,” UN World Health Organization (WHO) South-East Asia Regional Director Poonam Khetrapal Sing stressed in Delhi, as health partners signed a pledge to reduce such deaths.

The pledge calls for increasing the health workforce – doctors, nurses and specially midwives – which remains critically low in much of the region, below WHO’s target of 23 per 10,000 people, as well as mobilizing sufficient funding and accessing hitherto unreached populations.

Dr. Khetrapal Singh said each preventable death should be accounted for. Countries should review maternal and newborn deaths to improve health services to prevent such deaths.

New-born deaths account for more than 50 per cent of the regional mortality of children under five, and remain a major factor for South-East Asia not achieving the Millennium Development Goal (MDG) of reducing under-five deaths by two thirds by the end of this year.

The region accounts for 30 per cent of global newborn deaths with Bangladesh, India, Indonesia, Myanmar and Nepal as the high-burden countries.

The agencies pledged to address underlying factors like health, nutrition, hygiene and sanitation, and highlighted the importance of investing more in early childhood development and adolescent health.

WHO has set up a Technical Advisory Group of 12 eminent global and regional experts to support countries in South-East Asia. The newly adopted Sustainable Development Goals seek to reduce new-born mortality to 12 per 1,000 live births by 2030.