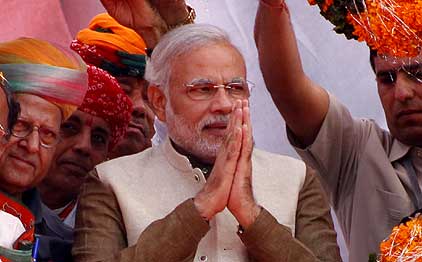 In his inaugural address, the Prime Minister said India has made several notable achievements in the health sector especially in maternal and child health in the recent years. He stated that India has achieved under-five mortality rate decline at an accelerated pace compared to the global rate of decline and India is likely to reach close to achieving the MDG target, if the current trend of annual decline is sustained.  He said, after the victory over Polio India has achieved another major milestone recently. India has eliminated maternal and neonatal tetanus, he announced.  The validation for this has happened much before the global target date of December 2015 and it gives us the confidence to achieve other targets well before the target date, the Prime Minister noted.  The Prime Minister stated that while every country present here has something to offer, India also has a wealth of experience. India has done well in many ways and would be extremely happy to share its experience with other countries.  He said that India would be happy to assist any country with technology, systems strengthening and programme implementation capsules.  He added that we could train personnel and skill them for better management of child sickness in our Special Newborn Care Units (SNCUs) as well as share our experience at home based new born care. India’s rich experience in Universal Immunization and particularly its experience this year with the “Mission Indradhanush” could be shared with all the countries.  He further added that we had offered this to SAARC countries earlier. He said, “Today I repeat this offer to all countries present here. This will be apart from our offer of support for Polio eradication”.  Speaking at the occasion, J P Nadda, Union Minister for Health and Family Welfare drew attention to the impressive practices India can share with other countries.  He renewed India’s pledge and commitment to ending preventable mother and child deaths.  The Health Minister stated that  Modi has guided the country towards bolder targets in Reproductive Child Health (RCH). He stated the “e-mamta” scheme of Gujarat has been scaled up to the Mother and Child Tracking System (MTCS) at the Centre.  The Health Minister said that the Prime Minister’s vision of the “Swachcha Bharat Abhiyan” has a direct influence and impact on health outcomes in the country.  He said as India celebrates the success, it looks forward to effective partnership and collaboration.  Substantial progress has been made in under-five Mortality Rate, Infant Mortality Rate (IMR) and Maternal Mortality Rate (MMR), he noted.  “Mission Indradhanush” is another important initiative of the Health Ministry which intensified immunization drive in the country with the aim of accelerate the current increase in annual rate of immunization from the existing 1% to more than 5% per year.  It is time to build on our achievements and strengths. For that we need sustainable inter-sectoral efforts to move forward with the help of good practices of other countries, he added.  Dr. Kesetebirhan Admasu, Minister of Health, Ethiopia, co-host of the summit mentioned that factors such as health systems, ensuring universal access to primary healthcare, leveraging on international support and funding, robust community ownership, and sharing of knowledge and experience have helped to reach a large population.  Ethiopia has set out ambitious goals for equity and goals for transformation of health sector, the Minister stated. There has been remarkable expansion of health facilities and services to address inequalities and inequity, he added.  The 3rd Global Call to Action 2015 is being hosted for the first time in India, and outside the USA. As many as 24 high priority countries are participating in the two-day summit. These are-Afghanistan, Bangladesh, Democratic Republic of Congo, Ethiopia, Ghana, Haiti, Indonesia, India, Kenya, Liberia, Madagascar, Malawi, Mali, Mozambique, Nepal, Nigeria, Pakistan, Rwanda, Senegal, South Sudan, Tanzania, Uganda, Yemen and Zambia.