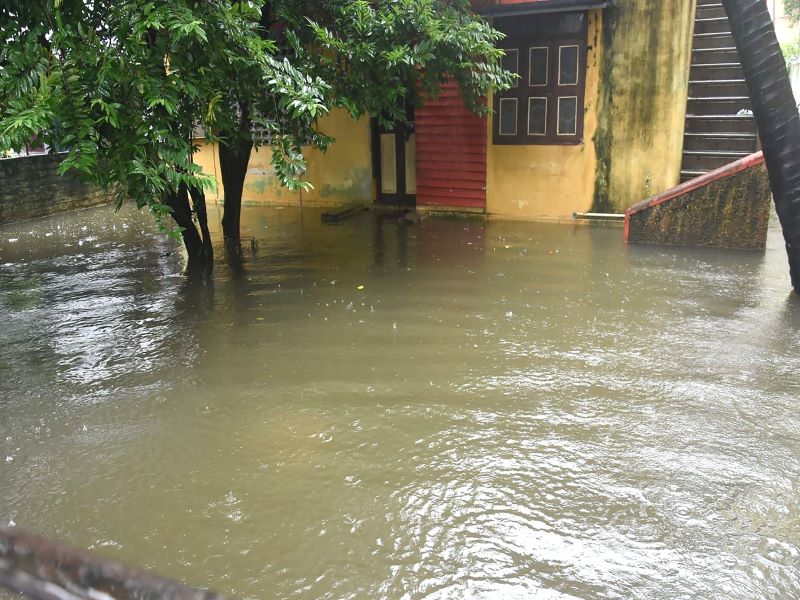 Chennai/UNI: Three more people died in rain-related incidents in Tamil Nadu during the last 24 hours taking the number of deaths to eight on Saturday.

Talking to reporters after reviewing the rain situation, Minister for Revenue and Disaster Management KKSSR Ramachandran said three more deaths were were reported from Ariyalur, Tirunelveli and Tiruppur districts, taking the toll to eight.

The Minister said 344 cattles have perished in the state due to the rains.

In Chennai city, 653 people were housed in six relief camps where they were provided with food and medicine.

Meanwhile, heavy rains, which lashed the city, suburbs and coastal districts of the State since last night, abated since 1000 hrs this morning, giving the much needed respite to the people of this teeming megapolis.

However, incessant rains, which were heavy at times, resulted in water logging several areas. Many roads in the city and suburbs were reeling
under water.

In a few areas, authorities used boats to rescue people in marooned areas.

Schools and colleges in more than 20 districts have declared a holiday for the day as the met office has issued a red alert for two days in coastal districts, forecasting extremely heavy rains.

A red alert has been issued for ten north coastal districts, including for Chennai, Tiruvallur, Chengalpet, Cuddalore, Villuppuram and in delta areas for the next 24 hrs.