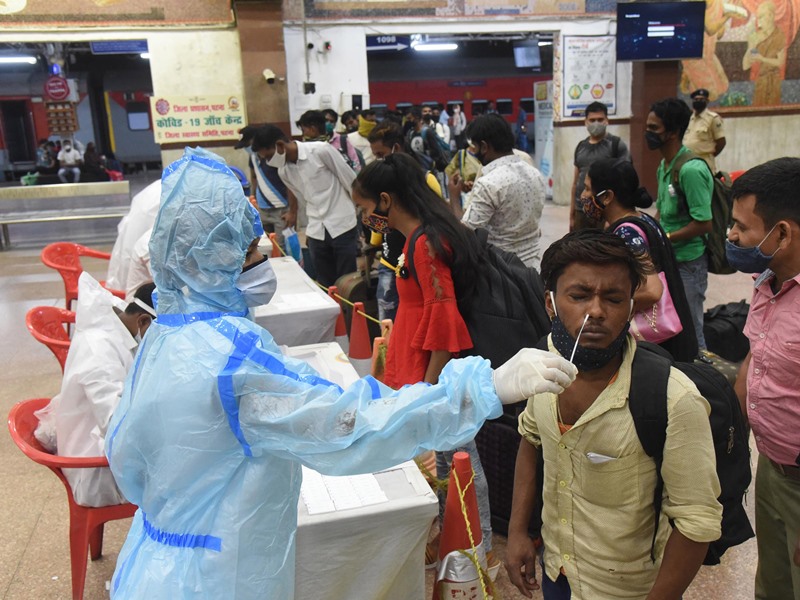 Bengaluru/IBNS: Karnataka has tightened its  COVID-19 precautionary measures by intensifying the screening of international passengers at the airports and making RT-PCR tests mandatory for visitors from Maharashtra and Kerala amid rising cases linked to the new variant 'omicron' in several countries, media reports said.

"The meeting decided to impose a temporary ban on cultural programmes in schools and colleges," he added, according to the report.

A World Health Organisation (WHO) panel has classified it as a highly transmissible variant of concern, the same category that includes the Delta variant.

The variant was first detected in South Africa and scientists say has a high number of mutations.

On November 20, two passengers, who arrived in Bengaluru from Sudan, tested positive for coronavirus. On genome sequencing their samples, it was found their infection was linked to the Delta variant.

The state health authorities have said students from Kerala, whose RT-PCR tests came negative, have to get tested again on the seventh day after the first report.

This has been made compulsory for the students who came from Kerala in the last 16 days.

The screening process for nursing and medical students will be more intense, the state government said.

The order comes close on the heels of several recent cases among medical students in Karnataka.

Twelve students of a nursing college in Bengaluru tested positive on Friday even as a medical college in Karnataka's Dharwad was declared a Covid cluster with 182 people, including students and staff testing positive for Covid-19.