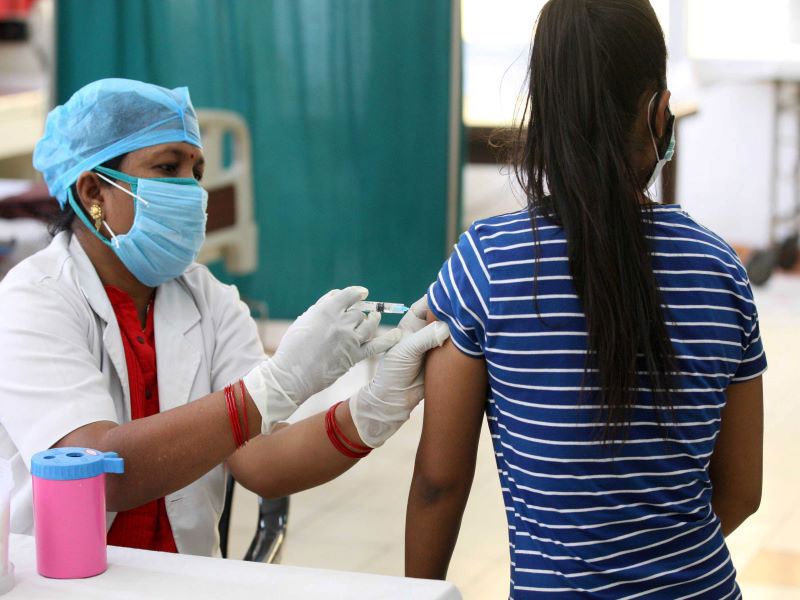 New Delhi/IBNS: India is set to complete 1 billion, or 100 crore, doses and the landmark is likely to reach on Thursday, nine months after the launch of the Covid-19 vaccine drive.

Around 99.4 crore doses had been administered as of this afternoon, media reports said, adding that the government plans to celebrate the 100 crore mark with festivities.

Hooting over announcement speakers and tricolour hoisting at the Red Fort are among the plans of the government to celebrate the moment India crosses the landmark of one billion or 100 crore vaccine doses, Health Ministry sources have said.

So far, only China has administered over a billion vaccine doses and it is also the only other country to have a population of more than one billion. The country completed 1 billion doses in June.

The challenges surrounding manufacturing, distribution, and delivery of the Covid-19 vaccine reflect a significant effort on the part of the government.

However, only an estimated 20 percent of the country's 1.4 billion people have received both doses.

The government has said a "sizeable number of eligible beneficiaries" have not taken their second dose, but it has declined to share the numbers.

It is being said that the lower number of daily cases has also reduced the urgency to get the second dose of the vaccine among most people apart from vaccine hesitancy that prevails in rural areas.

The government is aware of this problem and has urged states and union territories to focus on administering second doses, and advised them to share strategies to close the gap.

The Centre has also informed the states and UTs of its readiness to supply the vaccine doses to cover the gap while pointing out that they have adequate stocks to meet their targets.