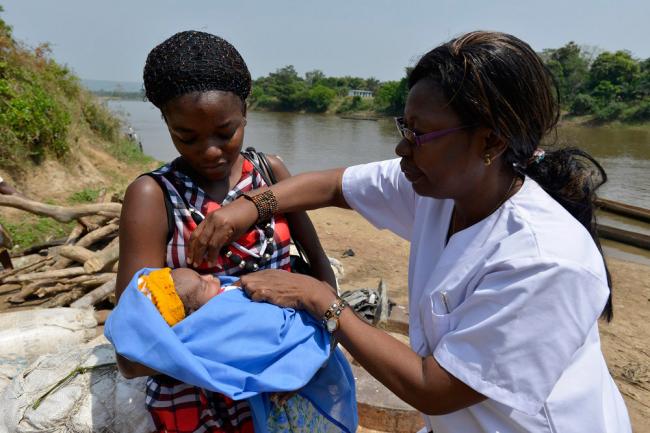 In a press release issued earlier today, the World Health Organization (WHO) and UN Children’s Fund (UNICEF) confirmed that the number of countries reaching and sustaining 90 per cent vaccination coverage for their children with the required three doses of diphtheria-tetanus-pertussis containing vaccines (DTP3) had doubled since 2000.

In 2000, 21 million children did not receive even a first dose of DTP, a figure that has now dropped to 12 million, the WHO and UNICEF said.

Although the numbers point to an astounding success in combatting childhood disease worldwide, the UN agencies warned that many nations still lagged in their goal to reach the six WHO-sanctioned Global Vaccine Action Plan (GVAP) targets. Among them, the Central African Republic, Chad, Equatorial Guinea, Somalia, South Sudan and the Syrian Arab Republic were straggling with less than 50 per cent of DTP3 coverage.

Beyond the DTP3 immunizations, the new statistics also show that coverage with other essential vaccines has also improved.

“The number of children protected from hepatitis B is high worldwide and increasing steadily,” the press release confirmed, noting that while just 30 per cent of children received three doses of vaccine against the viral disease in 2000, this figure rose to 82 per cent in 2014.

In addition, UNICEF and the WHO noted that the number of countries using other new vaccines, such as rotavirus and pneumococcal conjugate vaccine, had also increased.