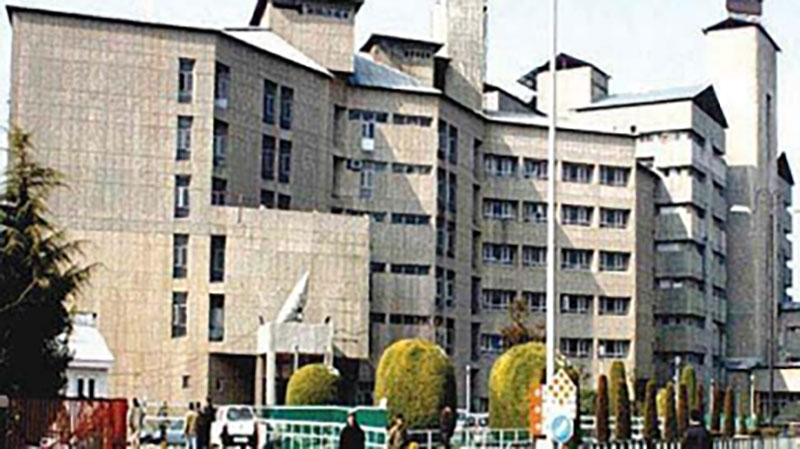 Srinagar/IBNS: The first-ever issue of SKIMS Medical Journal on the Pandemic was released Thursday detailing the scientific analysis of various facets of the pandemic ranging from its impact on the psyche of the people to the access of emergency surgical procedures.

A cross-section of medical researchers has contributed to the Journal of Medical  Sciences (JMS) SKIMS Soura - COVID in Kashmir. The Editorial is titled Stigma – the  Other Pandemic, authored by the Journal Editor, Dr Shariq M Masoodi and  Dr Arshid Hussain.

It compares the reaction of people towards SARS-CoV2 to the reaction of masses towards HIV/AIDS and brings to discussion the stigma associated with Leprosy and Tuberculosis and how it took ages to remove this behaviour and the resulting barrier to seeking treatment.

While calling the era dark ages, the authors are of the opinion that the “dark” is here again.

“There is the same streak of darkness again which is creating stigma and shame, thus impeding treatment”.

A paper titled 'Clinical Profile of Severe COVID19 in Kashmiri population from a  single tertiary care hospital' finds that over 52 per cent of the patients admitted were over 60 years of age, 64.5 percent had an existing co-morbidity,  thus concluding that older people with known pre-existing diseases had a higher risk of getting sick and dying of COVID19.

The authors state that a significant proportion of these patients were treated with Dexamethasone, and presented with Pneumonia in both lungs.

Significantly, the authors suggest that people with a lower socio-economic profile may have a higher risk of getting exposed to the virus and were more frequently found in admitted patients.

The study Biochemical parameters of Coronavirus19 disease states markers of disease severity or mere indicators of viral inflammation calls for close monitoring of haematological markers which it states vary in people with mild disease and severe  illness.