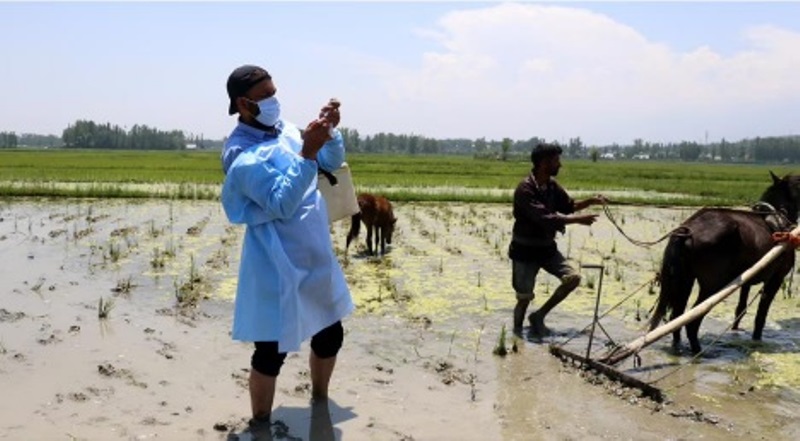 Srinagar/IBNS: Ahead of winters in Kashmir, the medical experts suggested people that they get their Influenza vaccine which prevents H1N1 infection commonly known as swine flu.

According to experts, anyone above the age of six months should get the shot.

“Vaccines meant for northern hemisphere shall be taken in Kashmir while Jammu and rest of the country get southern hemisphere vaccines (sic),” Professor and HoD Community Medicine GMC Srinagar, Dr S. Muhammad Salim Khan, wrote on his Twitter handle.

Talking to Greater Kashmir, Dr Khan said over the last five to six years, many people had been attacked by the H1N1 every year and it was necessary for the people to take a flu shot to protect themselves from the respiratory disease.

In Kashmir, he said, people get infected by H1N1 during winters.

“People at high risk, elderly and co-morbid should get a flu shot in September itself. It is also necessary for the general population. In the past few years, some patients who were admitted to SKIMS Soura died because of H1N1.

“Surprisingly, most of them were young. So keeping in view our past experience we need to remain cautious in advance,” he said.

The H1N1 flu, commonly known as swine flu, is primarily caused by the H1N1  strain of the flu (influenza) virus. H1N1 is a type of influenza ‘A’ virus, and H1N1 is one of the flu virus strains that can cause seasonal flu.

Symptoms of the  H1N1 flu are the same as those of the seasonal flu.

He said people who have already taken both doses of the COVID-19 vaccine can get a flu shot anytime.