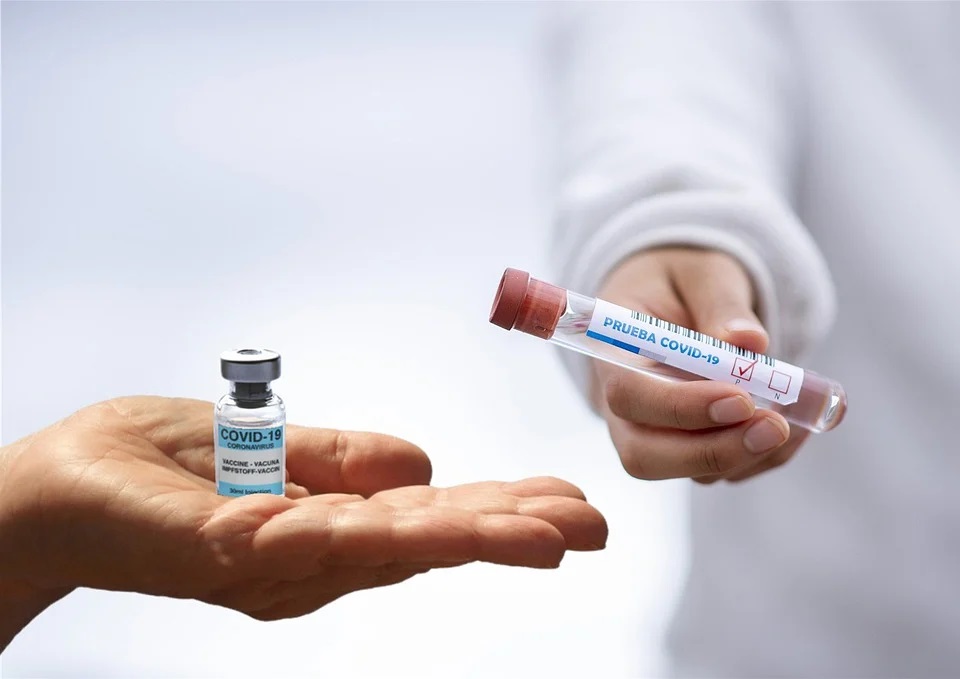 These results from the Imperial-led REACT-1 study, a major coronavirus monitoring programme, are based on swab tests taken by almost 100,000 people in England between 24 June and 12 July.

During this period, 0.63% of people were infected, or 1 in 158. This represents a 4-fold rise compared with the study’s previous report, when 0.15% or 1 in 670 had the virus as of 7 June, reads the Imperial College London website.

The study’s analyses of PCR test results also suggest that fully vaccinated people may be less likely than unvaccinated people to pass the virus on to others, due to having a smaller viral load on average and therefore likely shedding less virus.

The number of infections was similar to early October 2020 and late January 2021, doubling every 25 days with an R number of 1.19.

The R number was lower than the previous round (1.44) and the study’s interim report published on 8 July (1.87), which looked at the first 47,000 swabs taken for this round of testing. This suggests that the rate of growth slowed at the end of the study period.

Professor Paul Elliott, director of the REACT programme from Imperial’s School of Public Health, said: “These findings confirm our previous data showing that both doses of a vaccine offer good protection against getting infected. However we can also see that there is still a risk of infection, as no vaccine is 100% effective, and we know that some double vaccinated people can still become ill from the virus.

“So even with the easing of restrictions, we should still act with caution to help protect one another and curb the rate of infections.”

These findings from the ongoing REal-time Assessment of Community Transmission (REACT-1) programme, led by Imperial and carried out in partnership with Ipsos MORI, are available here in a pre-print report and will be submitted for peer-review. Data are continually reported to the government to inform decision-making.

For this latest round of the REACT study, 98,233 people swabbed themselves at home and their samples were analysed by PCR testing. 527 of these were positive, giving an overall prevalence of 0.63%. 254 of these were successfully analysed in the lab to determine their origins, 100% of which were the Delta variant. In the previous round, the figure was just under 80% for Delta with the remaining Alpha.

People who were unvaccinated had a three-fold higher prevalence than those who had received both doses of a vaccine, at 1.21% compared to 0.40%.

However both of these represent more than a five-fold increase compared to the previous round (0.24%, 0.07%, respectively).

Professor Steven Riley, Professor of Infectious Disease Dynamics at Imperial, said: “The Delta variant is known to be highly infectious, and as a result we can see from our data and others’ that breakthrough infections are happening in fully vaccinated people. We need to better understand how infectious fully vaccinated people who become infected are, as this will help to better predict the situation in the coming months, and our findings are contributing to a more comprehensive picture of this."

Infections increased substantially in all regions of the country, with the highest prevalence found in London at 0.94%, up from 0.13% in the previous round. However there were signs that the rate of growth was starting to slow in London, although there was uncertainty in the data.

Health and Social Care Secretary Sajid Javid said: “Our vaccination rollout is building a wall of defence that means we can carefully ease restrictions and get back to the things we love, but we need to be cautious as we learn to live with this virus.

Previous study data showed that the link between infections, hospitalisations and deaths had been weakening since February.

However since mid-April, the researchers found that the trends between infections and hospitalisations were growing closer together again, although to a smaller extent for deaths. This could reflect the switch from Alpha to Delta, and a changing mix (towards younger and unvaccinated people) of hospitalised cases.

“Today’s report shows the importance of taking personal responsibility by self-isolating if you are contact traced, getting tested if you have symptoms and wearing face coverings where appropriate.

“I urge anyone who has yet to receive a vaccine to get jabbed and take up both doses – the vaccines are safe and they are working.”

Other key findings include:

People who identify as Black had a higher risk of infection compared with White people (1.21% vs 0.59%)

Those living in the most deprived neighbourhoods had a higher risk of infection than those in the least (0.82% vs 0.48%)

“We must continue our phenomenal progress – my message to anyone who has not yet been vaccinated is please come forward, to protect yourself, your family and your community.”Vaccine Deployment Minister Nadhim Zahawi said: “Today’s results show the positive impact of the vaccination programme with those who are double jabbed three times less likely than unvaccinated people to get the virus and less likely to pass on this awful disease to those around them.

Kelly Beaver, Managing Director, Public Affairs at Ipsos MORI said: “Today’s results are a stark reminder of the importance of getting vaccinated against COVID-19, with those unvaccinated three times more likely to test positive in this round than those who are fully vaccinated. This is underscored by the indications in this report that fully vaccinated people are less likely to transmit the virus to others, an important development in understanding how we can beat the virus.”