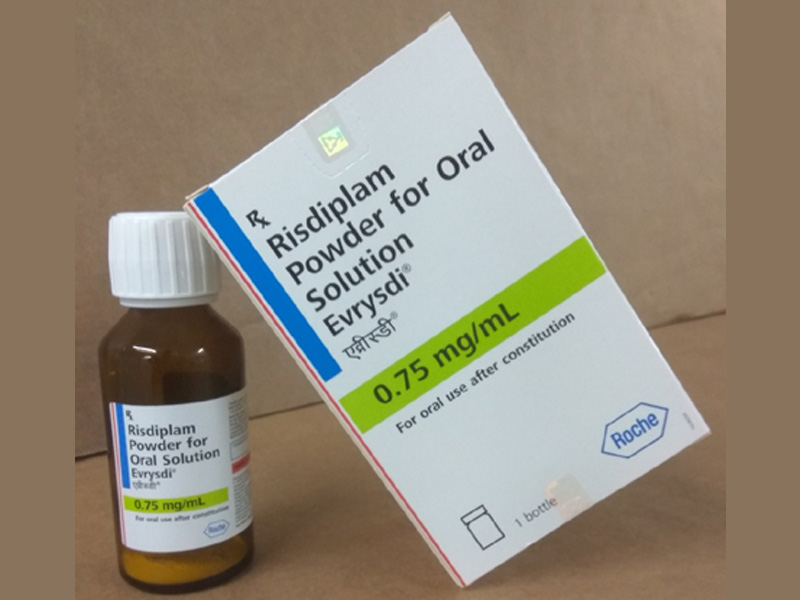 Kolkata/IBNS: Evrysdi (risdiplam), launched by Roche, is the first and only approved treatment in India for Spinal Muscular Atrophy (SMA) patients, according to the company.

Evrysdi (registered) was first approved by the United States Food and Drug Administration (US FDA) in August 2020 and was made available in India within 11 months of the US approval.

Since its launch, over 4,000 SMA patients in more than 50 countries have benefitted from Evrysdi, the company said in a recent release.

SMA is a severe, progressive rare neuromuscular disease that can be fatal.

It affects approximately one in 10,000 live births globally and one in 7744 live births in India according to studies, and is a leading genetic cause of infant mortality.

SMA is caused by a mutation of the survival motor neuron 1 (SMN1) gene, which leads to a deficiency of SMN protein.

This protein is found throughout the body and is essential to the function of nerves that control muscles and movement.

Without it, nerve cells cannot function correctly, leading to muscle weakness over time.

Depending on the type of SMA, an individual’s physical strength and their ability to walk, eat or breathe can be significantly diminished or lost.

The company also said that it will provide free home delivery of Evrysdi to patients following consent from the patient/ caregiver and their HCPs, who can contact the company by calling 1800-202-4755.

Roche Products (India) Private Limited was incorporated in 1994 as a wholly owned subsidiary of the Roche Group, headquartered in Basel, Switzerland.

Evrysdi is administered daily at home orally (it is supplied as powder which is constituted into a liquid solution and taken once daily by mouth or feeding tube if required) and is designed to treat SMA by increasing production of the Survival Motor Neuron (SMN) protein.

It is approved for the treatment of spinal muscular atrophy (SMA) in adults and children 2 months of age and older.

Evrysdi is being studied in more than 450 people as part of the broadest, large and robust clinical trial program in SMA.

The program included newborn infants to adults aged 60 years with varying symptoms and motor function, and is the only program that has included those that were previously treated for SMA with another medication.

Evrysdi was approved by Indian Health Authorities after reviewing its efficacy and safety data from three global clinical studies designed to represent a broad spectrum of people living with SMA:

SUNFISH in children and adults aged 2 to 25 years. SUNFISH is the first and only placebo-controlled trial to include adults with Types 2 and 3 SMA.

Evrysdi showed clinically-meaningful improvements in motor function across these two clinical trials in people with varying ages and levels of disease severity, including Types 1, 2, and 3 SMA.

Infants achieved the ability to sit without support for at least 5 seconds, a key motor milestone not normally seen in the natural course of the disease.

Evrysdi maintained the ability to swallow and feed orally in the majority of the infants after 2 years of therapy. This is a unique characteristic of Evrysdi that was not observed with other medications for SMA.

JEWELFISH (interim data) is a study assessing people with any SMA type and disease severity who have previously been treated with other SMA targeted therapies between 6 months and 60 years.

This study enrolled the broadest patient population ever studied in an SMA trial.

Data from the JEWELFISH study, which included a diverse patient population with a high degree of motor impairment, show that Evrysdi has a favorable safety profile in patients previously treated with other SMA targeting therapies.

Evrysdi also showed to improve SMN protein levels to 2 fold and above in all the patients who have received a previous therapy.

RAINBOWFISH is a study assessing pre-symptomatic infants with Type 1 SMA from birth to 6 weeks old.

Preliminary efficacy data from RAINBOWFISH showed that infants treated for 12 months achieved age appropriate motor milestones within the WHO windows for healthy children, including sitting, standing and walking, and improvements in motor function.