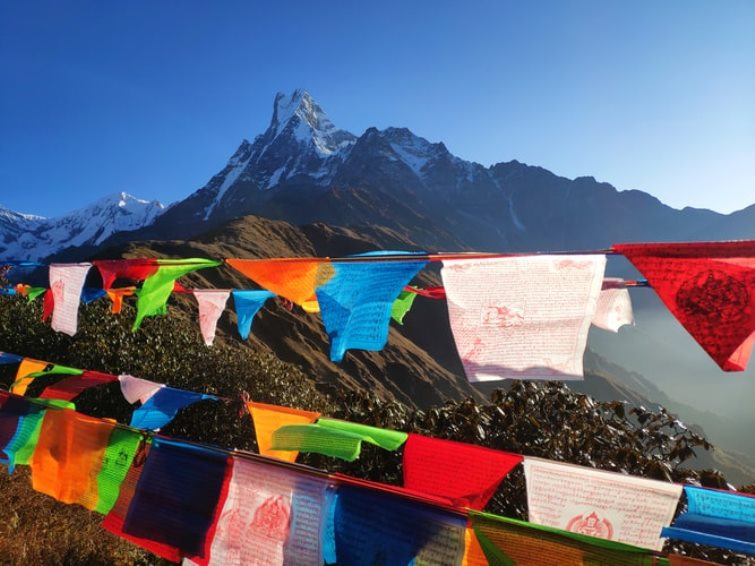 New Delhi/IBNS: Experts have been talking about the effects of climate change evident in the Himalayan and Karakoram mountain ranges, namely the Third Pole, especially after the recent natural disasters to hit the Himalayan region.

The central Asian high mountain region, largely consisting of the Hindu Kush, Karakoram and Himalayan region is often referred to as the Third Pole.

Increased glacial melt, hazardous events, changes in snowfall patterns are all combining to alter the water supplies of downstream countries which depend on rivers emerging from these ranges.

A new research, ‘Glacio-hydrology of the Himalaya-Karakoram’, released in the journal SCIENCE recently, has warned that total glacier melt and seasonality of flow are projected to increase until the 2050s, with some exceptions and large uncertainties.

Dr Farooq Azam, Assistant Professor at Indian Institute of Technology Indore and lead author of the paper said, “The melting glaciers of the Himalayan-Karakoram ranges fulfil the water requirements of more than a billion people. This population will be affected when much of the glacier ice mass melts throughout this century and gradually stops supplying the required amount of water. Region-wide, the total impact on each year’s water supply varies.”

He said, “Glacier meltwater, and climate change impacts on glaciers, are more crucial for the Indus basin in comparison to the Ganges and Brahmaputra basins which are predominantly fed by monsoon rains. The climate impacts on these two river basins is more due to the changing rainfall patterns.”

Analysing a range of modeling studies carried out over the years, the paper shows the impacts of varying climatic conditions on glacier mass in the Himalayan-Karakoram (HK) ranges and how it affects the downstream rivers.

Jeff Kargel of the Planetary Science Institute, USA and a co-author of the paper said, “The research team gathered the results from more than 250 scholarly research papers to arrive at a more accurate understanding —something approaching a consensus— of the links between climatic warming, precipitation change and glacier shrinkage.”

The study, according to researchers, identifies and targets the areas where further field, remote sensing and modelling research is needed.

Among the knowledge gaps researchers identified are a lack of accurate representations of glacier volumes, a detailed understanding of precipitation gradients in the region, and critical studies on permafrost, sublimation, glacier dynamics, black carbon and the role of debris cover.

The researchers recommend a tiered approach to address the identified gaps --

Tier-2 recommendations implement the knowledge of these studies in detailed models of glacier hydrology to reduce the uncertainty in projections of future change.

The HK river basins cover an area of 2.75 million km2 and have the largest irrigated area of 577,000 km2, feeding five megacities (Delhi, Dhaka, Karachi, Kolkata and Lahore) with populations greater than 94 million, and the world’s largest installed hydropower capacity of 26,432 MW.

Dr Azam said, “While climate change is causing rapid deglaciation and altering the river stream flows in the Himalaya-Karakoram ranges, it is also contributing to mountain hazards happening more frequently, and the greater magnitude of the latest Chamoli disaster is an argument in favour of avoiding further developments in the fragile mountains of the Himalaya.”

According to Joseph Shea, Assistant Professor, University of Northern British Columbia and a co-author of the HK study, "The main mountain ranges of the region act as a giant barrier to moisture transported by the monsoon and winter storms, and result in extremely wet windward slopes, with near-deserts on the leeward sides. The sheer range of elevations and the incredible topographic relief also produce a wide range of microclimates due to shading and temperature gradients. Basins that are close to each other can actually respond differently due to these sharp variations in climate."

Smriti Srivastava, PhD student, Indian Institute of Technology Indore and co-author of the HK paper, said, “Projected trends in river runoff volume and seasonality over the 21st century are consistent across a range of climate change scenarios. Total river runoff, glacier melt, and seasonality of flow are projected to increase until the 2050s, and then decrease, with some exceptions and large uncertainties.”

Co-authored by Dr Azam, another paper, ‘A massive rock and ice avalanche caused the 2021 disaster at Chamoli, Indian Himalaya’, also released simultaneously in SCIENCE journal, analysed what caused the Chamoli disaster that occurred in February 2021 in the Garhwal Himalaya, resulting in more than 200 people missing or dead and severely damaging two hydropower projects.

Based on satellite imagery, seismic records, modeling results and eyewitness videos, researchers revealed a 27x106 m3 piece of rock and glacier ice collapsed resulting in an extraordinarily large debris flow that scoured the valley walls up to 220 metres and transported boulders.

They showed that the intersection of the hazard and downvalley infrastructure increased the severity of the disaster, highlighting the need for adequate monitoring in these regions and sustainable development with environment impact assessments that take these increasing risks into account.

Dan Shugar at University of Calgary and lead author of the paper confirmed that there are no glacial lakes of any size large enough to produce a flood anywhere near the site.

According to Shugar, “High resolution satellite imagery used as the disaster unfolded was critical to helping us understand the event in almost real time. We tracked a plume of dust and water to a conspicuous dark patch high on a steep slope. This was the source of a giant landslide that triggered the cascade of events, and caused immense death and destruction.”

There is consensus among the scientists for both papers that there is a need for improved remote sensing and modeling research to fill the identified knowledge gaps.

With projections of increased risks in this extremely fragile region, be it of river supply variability or disasters like Chamoli, policymakers have to keep associated uncertainties in mind both for development and water governance.