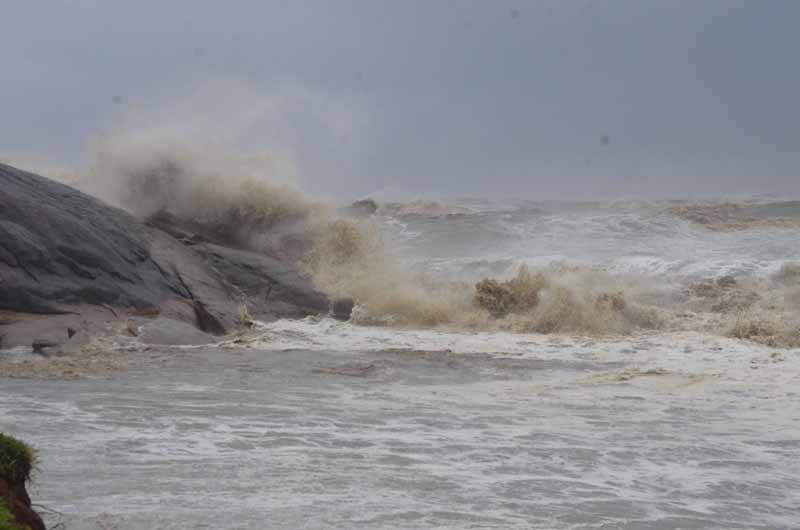 Cyclone Tauktae: One fisherman dies and five others go missing after a tug boat capsizes near Mangaluru

Mangaluru/UNI: One fisherman died and five others missing, after a tug boat that was assisting a ship at MRPL’s Single Point Mooring, drifted about 10 nautical miles off Mangaluru.

According to the tug boat’s contractor, eight members were aboard Alliance, a tug boat that was scheduled to return on Friday. However, due to adverse weather conditions, they decided to spend the night in the sea.

They left from the SPM at a slow speed. However, the tug lost communication with the control room.

An SOS to the Indian Coast Guard, who in turn launched a search operation, noticed that the tug boat was drifting. The Coastal Security Police noticed the tug near the Padubidri Blue Flag beach.

Among eight, two managed to swim safely using safety tubes to Katapady. The survivors Muneer Mullah, 34, and Garibul Sheik, 24, from Kolkata were rushed to the government hospital in Udupi for treatment.

Meanwhile, the body of Hemakanth Jha, aged about 45, from the Northeast region, was found near Yermal. The search for the rest of the crew members is on.

Following the high level review meeting taken by Prime Minister Narendra Modi on 15th May 2021, Union Home Minister, Amit Shah chaired a review meeting through video conferencing with the Chief Ministers of Gujarat and Maharashtra and Administrator of Daman & Diu and Dadra Nagar Haveli, to assess the preparedness of States/ UT and Central Ministries/ Agencies concerned, to deal with the situation arising out of Cyclone ‘Tauktae’.

In the meeting, Home Minister specifically reviewed the preparedness of all health facilities in the areas likely to be impacted by the cyclone. Amit Shah directed the State Administration/ District collectors to make adequate power backup arrangements in all COVID hospitals, labs, vaccine cold chain and other medical facilities. Further, he advised them to ensure adequate stocks of all essential medicines and supplies in hospitals, keeping in view likely disruption of movement of vehicles. For the health facilities, likely to fall on cyclone path, Home Minister directed them to make adequate arrangements for securing them from losses and for evacuation of patients. They were also told to ensure safety of temporary hospitals set up near the oxygen generating plants, in case needed, their patients may be shifted to other hospitals.

Home Minister also reviewed the impact of the cyclone on the oxygen generation plants located in the States of Maharashtra and Gujarat.

The Home Minister also directed to make necessary arrangements for safety of power plants to ensure uninterrupted power supply to the hospitals and health facilities.

He said that likely cyclone affected areas in Gujarat consistsof industrial cluster so their safety must be ensured and industry should also remain alert.

Home Minister assured them of all cooperation of the Central Government and its agencies.

He said that maximum resources, government and private both, should be utilized to tackle the situation.

The Home Minister also directed District collectors to coordinate with the private industries and ensure that their disaster management wing are totally geared up.

DCs were also asked to closely engage with organisations and volunteers working for social cause at the local level.

Amit Shah said that he is sure that under the leadership of Prime Minister Narendra Modi India will be able to successfully handle this calamity.

Amit Shah said that a 24x7 control room is functioning in MHA, which can be contacted at any time for any assistance by the States. 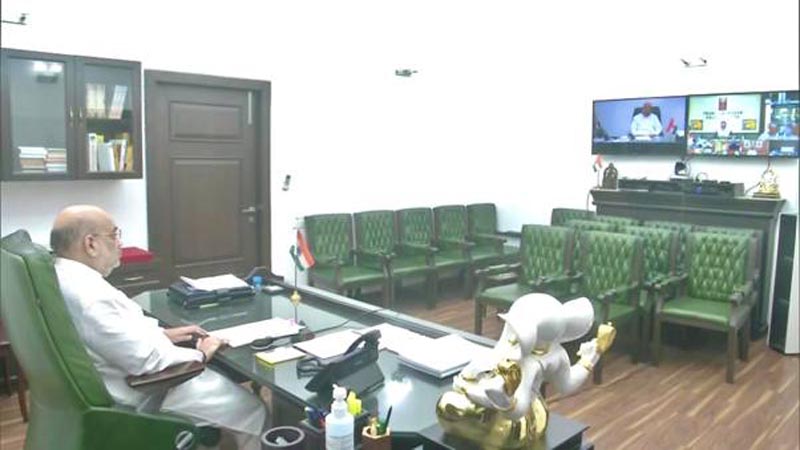 He said Indian Coast Guard, the Navy, Army and Air Force units have also been put on standby and surveillance aircraft and helicopters are carrying out aerial sorties.

The Union Home Minister directed the senior officers to take every possible measure to ensure that people are safely evacuated and all essential services maintained, including health and oxygen facilities, power, telecommunications, drinking water etc. and that these are restored immediately in the event of damages caused to them.

Chief Ministers of Gujarat and Maharashtra assured to take all necessary measures, as advised by the Union Home Minister, for uninterrupted functioning of oxygen generating plants and safety of all health facilities.

MHA is in continuous touch with the State Governments/UT and the Central Agencies concerned. NDRF has pre-positioned 50 teams which are equipped with boats, tree-cutters, telecom equipment etc. and 15 additional teams are being airlifted for deployment in Gujarat.

Cabinet Secretary Rajiv Gauba chaired a meeting of the National Crisis Management Committee (NCMC) in view of the Cyclonic Storm Tauktae in the Arabian Sea.

The meeting was held through video conferencing with Chief Secretaries of the States of Gujarat, Maharashtra, Goa, Karnataka, Kerala and Tamil Nadu as well as Advisors to the Administrators of the Union Territories of Lakshadweep and Dadra & Nagar Haveli and Daman & Diu. Secretaries of various Union ministries also attended the video conference.