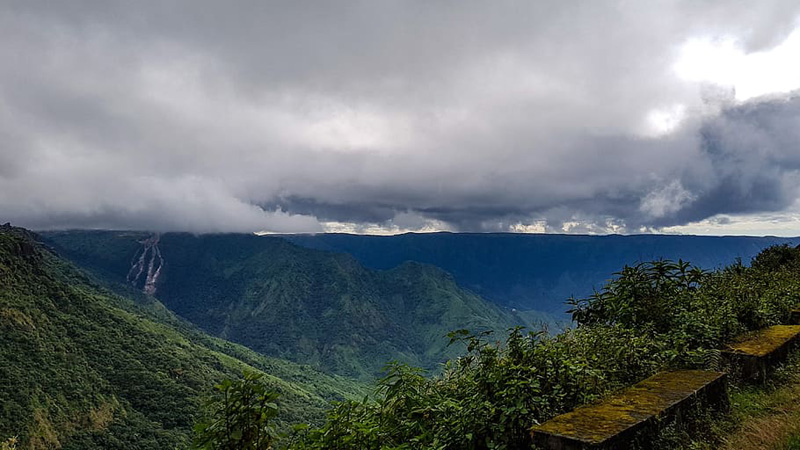 RANDOM THOUGHTS: When the hills cry

Monsoon time. The sky pours,  the earth looks fresh and distressed at the same time as flood waters submerge the landscape. I remember a time like this a couple of years ago. We were travelling to Guwahati from upper Assam. It had been raining heavily the previous day but now the sky was blue and a cool breeze was blowing. We were about to reach Jorabat. The name connotes a twin or joint- road. It is from this junction that one drives upwards to Meghalaya, the abode in the clouds, or continues towards the capital city of Assam, and vice versa.

But even before we could get near to Jorabat, a snaking line of vehicles of every hue at a standstill greeted us. Why? Drivers of buses who had gone ahead to enquire, informed helpfully that a whole hillock had broken off and blocked the highway.

We had to wait more than three hours before crawling towards  Jorabat as police and road clearing staff could bring some semblance of normality. The sight of the Jorabat junction astounded me.

On the left a whole hillock of red earth seemed to give up and just fell down. Gushes of water spouted from some gaps. As to how we drove through the cascading water sprays and craggy road is another story. But what remains with me is also the pitiable sight of the broken hearted hillock.

In our college days or even later, these hillocks seemed to stand like guards on the way to Shillong as we commuted often between   the ‘plains’ and hills.

Where had they gone now? The road had been widened, the hillocks demolished  to build houses and  administrative offices until only a few remained. And now the weakened hills couldn’t bear it anymore and just given up. Old timers had long warned   that eroding the soft red earth of the surrounding hills would bring in disaster one day, but who cared?

That disastrous day at Jorabat resurfaced in context of  a completely different landscape - the dry contours  of the ancient Aravali range which has shaped the climate of upper Indo Gangetic  plains for centuries. 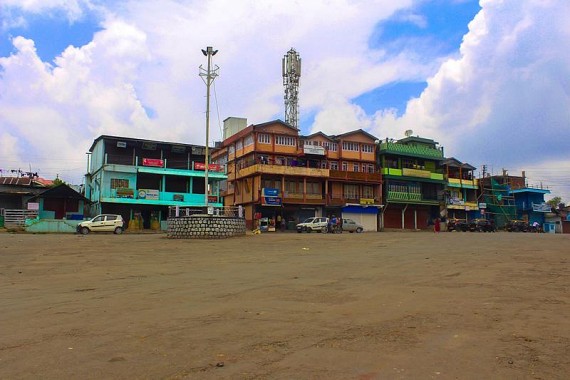 But it too has faced  the cruel hand of ‘development’ for years. The man made interventions has resulted in creeping desertification in eastern Rajasthan, Haryana and western UP. Environmentalists, that clan of rabble –rousers, according to certain sections, have been warning about the disastrous effect of the depletion of the Aravallis. But who heeds them anyway?

Flouting norms regarding ecologically sensitive areas, the Haryana government has flattened an entire hill to construct an approach road towards Faridabad to accommodate newly built farm houses. Ultimately, the Supreme Court, who else, has had to step in after an appeal was filed and  it has stayed  the construction with immediate effect.

In 2018 environ activists had informed the Apex court that one fourth of the hills in the range are gone forever.

Two years ago I drove along the roads through the range near Udaipur. I remember the numerous marble quarries and other mining activities going on at a fever pitch. Did the hills cry silently?

Did the hills on the Meghalaya- Assam border cry as they scooped up earth from its breast?

What will happen to many like them as the new draft of the Environment Impact Assessment notification (2020 ) doesn’t remain just a draft but a reality cocking a snook at the safeguards in place to stop degradation of the land? The worry remains. But  not for all.