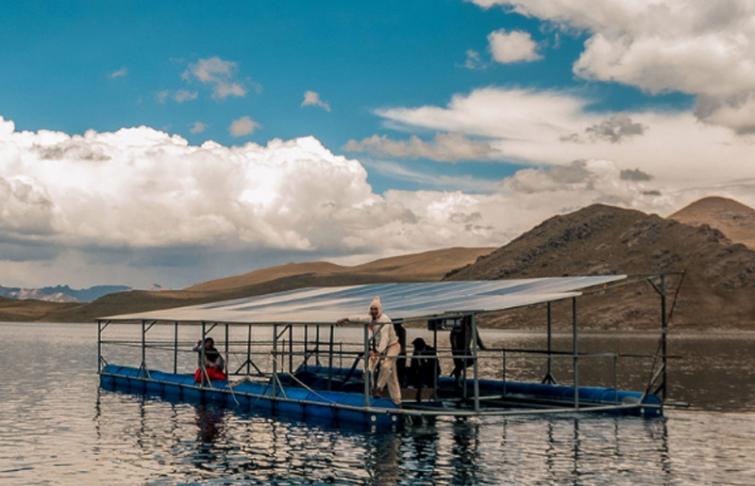 Green economy â€˜not to be feared, but an opportunity to be embracedâ€™ says UN chief as COP25 gets underway

New York/IBNS: A green economy is “not one to be feared but an opportunity to be embraced”, UN Secretary-General António Guterres said on Monday, in a keynote speech to delegates at the opening of the COP25 UN climate conference in Madrid on Monday.

The tasks are many, timelines are tight, every item is important

Guterres outlined the work programme for what will be a busy two-week event covering multiple aspects of the climate crisis, including capacity-building, deforestation, indigenous peoples, cities, finance, technology, and gender. “The tasks are many”, he said, “our timelines are tight, and every item is important”.

In several regions of the world, coal power plants continue to be built in large numbers. Either we stop this addiction to coal or all our efforts to tackle the climate crisis will be doomed.

The conference must convey a firm determination to change course, demonstrate that the world is seriously committed to stopping the “war against nature”, and has the political will to reach carbon neutrality by 2050, he continued.

COP25 marks the beginning of a 12 month process to review countries’ “Nationally Determined Contributions” or NDCs (the commitments made under the 2015 Paris Climate Agreement), and ensure that they are ambitious enough to defeat the climate emergency.

Encouraging signs of progress, noted Mr. Guterres, came out of the UN’s Climate Action Summit, held in September, which saw initiatives proposed by small island nations and least-developed countries, major cities and regional economies, as well as the private and financial sectors.

The stated intention of some 70 countries to submit enhanced NDCs in 2020 - with 65 countries and major economies committing to work for net zero emissions by 2050 – while governments and investors are backing away from fossil fuels, were also cited as positive signs.

The UN chief called for leaders to end division over climate change, and reach consensus on carbon pricing, a crucial tool for cutting greenhouse gas emissions. Doing so, he said, will “get markets up and running, mobilize the private sector, and ensure that the rules are the same for everyone.”

Is this the generation that ‘fiddled while the planet burned?’

However, failing to decide on a price for carbon will, warned Guterres, risk fragmenting the carbon markets, sending a negative message that can undermine efforts to solve the climate crisis.

Throughout his speech, the Secretary-General was crystal clear about the urgent, existential level of the climate crisis. Failure to act, he said, will be the path of surrender: “Do we really want to be remembered as the generation that buried its head in the sand, that fiddled while the planet burned?”

Wildfires have broken out across Queensland and New South Wales in Australia. , by Queensland Fire and Emergency Services

The signs of potential disaster are unmissable, he declared. For example, the current concentration of CO2 in the atmosphere is comparable to that seen between 3 and 5 million years ago, when the temperature was between 2 and 3 degrees Celsius warmer than now and sea levels were 10 to 20 metres higher than today.

Other indicators include the fact that the last five years have been the hottest on record, and have seen extreme weather events and associated disasters, from hurricanes to drought to floods to wildfires. Ice caps are melting at a rapid rate, sea levels are rising, and oceans are acidifying, threatening all marine life.

Meanwhile, coal plants continue to be planned and built, and large, important parts of the global economy – from agriculture to transportation, from urban planning and construction to cement, steel and other carbon-intensive industries – are still run in ways that are unsustainable.

“There is no time and no reason to delay”, concluded Guterres. “We have the tools, we have the science, we have the resources. Let us show we also have the political will that people demand from us. To do anything less will be a betrayal of our entire human family and all the generations to come”.

Speaking at a roundtable with Heads of State and government attending COP25, Mr. Guterres urged them to lead, and not follow, at a time when public opinion over the environment is evolving very quickly, and cities, regions and the business community are taking action to tackle the climate crisis.

The Secretary-General reminded them that at the recent G20 meeting of the world’s leading economies in Osaka, a group of asset management companies, representing some $34 trillion dollars had asked political leaders to enhance climate action, end subsidies to fossil fuels, and put a price on carbon.

The private sector, he added, is increasingly demonstrating a strong commitment to move forward, and complaining that it’s governments who are lagging behind: regulation is inadequate, fiscal systems are not favourable, subsidies are still going to fossil fuels, and companies face obstacles to climate action.

With a head of steam building for action, it is for political leaders to “to be able to take profit of this movement and to lead, for us to be able to defeat climate change”.

Climate crisis mostly affecting ‘those least responsible for it’

The Secretary-General also addressed a forum of “climate vulnerable” countries, where he pointed out the “great injustice” of climate change: its effects fall most on those least responsible for it.

He cited examples, including Mozambique and the Caribbean, ravaged by storms that cause devastation, in terms of lives lost, communities uprooted, and economies crippled; and drought in the Sahel and the Horn of Africa.

Nevertheless, some of the most vulnerable nations are in the forefront of climate action, showing leadership at September’s Climate Action Summit: Guterres expressed his hope that their example will be followed by the world’s big emitters.