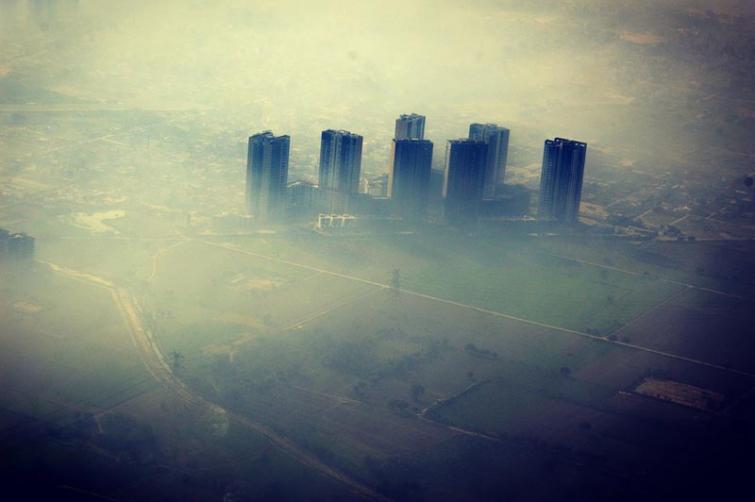 But things were looking up since Friday.

The average Air Quality Index was at 430 at 1300 hours on Monday, according to the Central Pollution Control Board here while it was over 450 in the NCR region at many places including Faridabad, Noida, Ghaziabad, Greater Noida and Gurugram.

Despite a slight improvement in the air flow, the situation had not changed much on Monday.

On Monday morning, Delhiites again woke up to a hazy sky.

With odd-even coming into effect from Monday, the Delhi government is expecting that it will help in improving the situation while some opposition party leaders protested against the move.

Delhi Chief Minister Arvind Kejriwal has said that the frequency of metro services and buses has been increased and has appealed to the people to make use of public transport and contribute in reducing pollution.