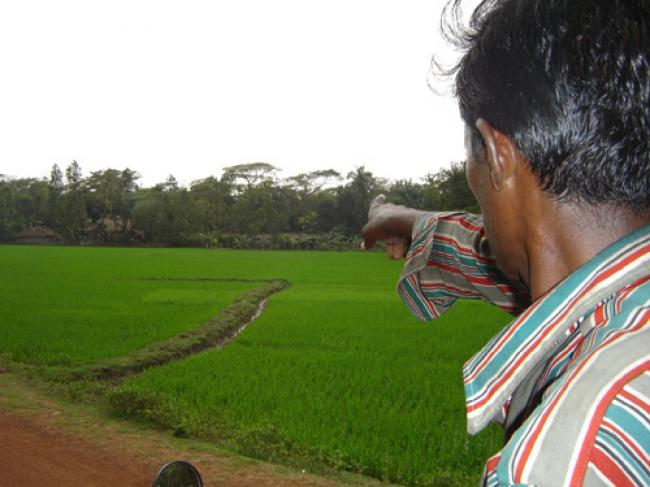 Co-author Dr Lorenzo Cotula  presented the findings at the annual World Bank Conference on Land and Poverty on 24-27 March. “Rather than a simple transaction between a provider and an acquirer of land, each deal may in fact involve a complex web of multiple parties,” says Cotula. “This complexity creates ‘pressure points’ in investment chains at which action can promote public accountability in investment processes.” The players involved in large land deals include ‘end investors’ (banks, pension funds, sovereign wealth funds and individuals), asset management firms and lenders from which both equity and debt finance flow to companies that lease land. These companies then interact with governments and (sometimes) communities, often through intermediary brokers – and once the deal is done, they interact with other private sector players such as the contractors and suppliers of goods and services, and the buyers of whatever the land produces. “Understanding the relationships between these actors and the movement of capital between them puts us in a better position to influence these investment chains” says co-author, Emma Blackmore.  The report draws on case studies of ten recent large-scale land deals in Africa, Asia and Latin America.  It shows how action at various points in investment chains can improve public participation, transparency, accountability and tenure, in line with the internationally negotiated and agreed upon Voluntary Guidelines on the Responsible Governance of Tenure of Land, Fisheries and Forests.  “Pressure points range from factors shaping the incentive structures of asset managers to the standards and processes established by international lenders, through to action targeting buyers downstream,” says Cotula.  Activation of pressure points can involve government action and regulation, or a wide range of third-party certification schemes, civil society advocacy, and action by people affected by the deals.  It may involve processes in the host state, in the investor’s home country and in third countries that may be connected to the investment, as well as a range of international processes.  “Effective use of these pressure points can create opportunities to improve the terms of land deals, restrict or cancel deals or promote alternative models of agricultural investment that place small-scale producers at centre stage,” says Blackmore.