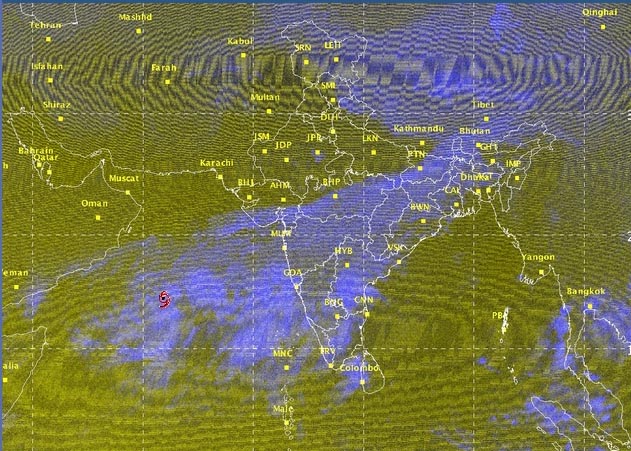 India Blooms News Service | | 29 Oct 2014, 11:35 am
#cyclone, # nilofar, # landfall, # gujrat
Ahmedabad, Oct 29 (IBNS): Officials in Gujarat continued to evacuate villages in the coastal areas of Kutch district ahead of Cyclone Nilofar which is expected to make a landfall before noon on Saturday, media reports said.

The cyclone, which is still a severe one, has been building in the Arabian Sea. Weather officials said the cyclone is currently 900-km from Naliya in Gujarat and about 910-km away from Karachi in Pakistan.

Cyclone Nilofar is also expected to pass Goa within the next one day.

Sources said the storm, packing winds of up to a maximum speed of 210 km per hour, comes after Cyclone Hudhud that hit the east coast earlier this month, leaving nearly 20 people dead in Andhra Pradesh.

In October last year, cyclone Phailin had struck with a wind speed of up to 220-km causing extensive damage in a part of India.