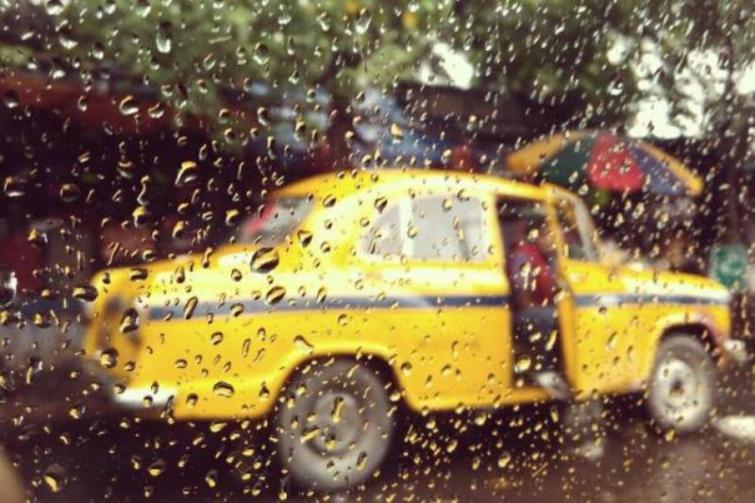 Kolkata, Aug 17 (IBNS): Heavy rains have disrupted normal life in Kolkata as several streets across the city have been watrelogged.

Private weather forecaster Skymet said: "After recording on and off light to moderate rains for last many days, Monsoon took a vigorous turn in Kolkata on Friday. The Alipore Observatory in the city recorded extremely heavy rains of 138 mm in span of 24 hours from 8:30 am on Friday, bringing life to standstill. Dum Dum Observatory too recorded 90 mm of rain."

The Alipore Observatory in #Kolkata recorded extremely heavy rains of 138 mm in the span of 24 hours from 8:30 am on Friday, bringing life to a standstill.#KolkataRain #kolkatarains #weather #Monsoon2019 https://t.co/D7pveHBXqp

In fact, majority of rainfall was recorded within six hours only, wherein the state capital recorded 102 mm of rains between 2:30 pm and 8:30 pm, it said.

According to Skymet Weather, vigorous Monsoon conditions are here to stay, bringing in more rainfall. Weathermen are predicting heavy rains for city over the weekend. Rain in Kolkatawould also be accompanied with thunderstorm along with lightning strikes. Thus, people are advised to take caution.

At least one person was killed after being struck by lightning at the Victoria Memorial Complex in Kolkata on Friday.

Heavy rains lashed the city in the afternoon and left several areas water-logged.

Traffic jams have been reported from several parts of the city.

At least 10 people were injured in rain-related incidents in the city.