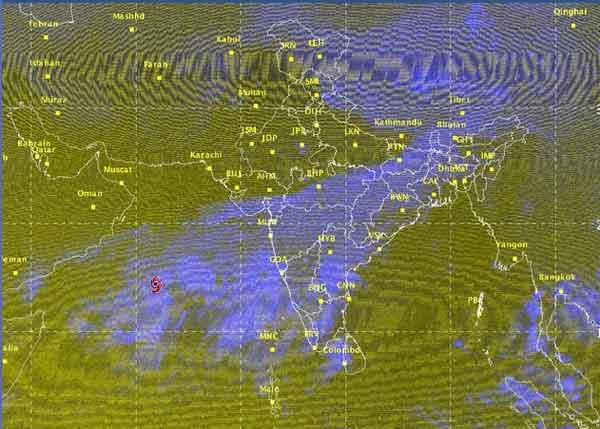 "It would move initially north-northwestwards during next 24 hrs and then recurve northeastwards and cross north Gujarat and adjoining Pakistan coast around Naliya by 31st October morning. However, as the system would come closer to Gujarat coast, it would weaken and cross the coast as a severe cyclonic storm," the statement said.

The intensity of the cyclone would increase gradually with heavy to very heavy rain fall at a few places from Oct 30 night.

The cyclone is expected to bring extensive damage to thatched roofs and huts. Minor damage to power and communication lines are likely to happen due to uprooting of large avenue trees.

The IMD has suggested that fishermen out at sea along and off Gujarat coast should return to the coast, with total suspension of fishing operations.

"Coastal hutment dwellers to be moved to safer places. People in affected areas to remain indoors around landfall time," the Met department said.