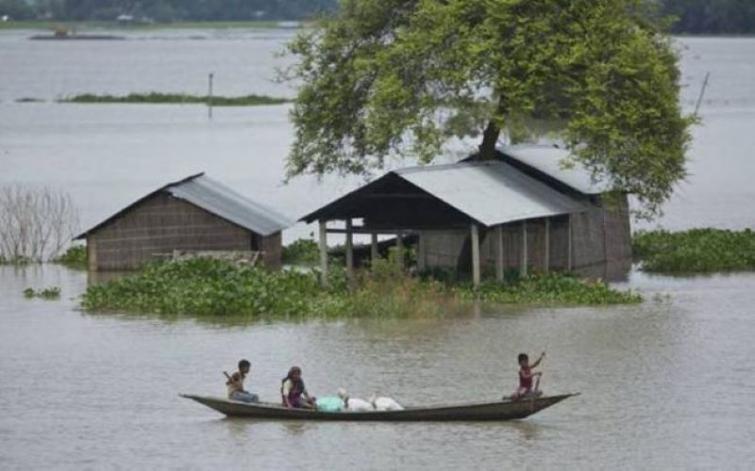 Guwahati, July 25 (IBNS): As many as 35 lakh people have been affected in the Assam floods and 78 people have died.

According to the Assam State Disaster Management Authority (ASDMA), the latest person to die drowned at Gauripur area in flood-hit Dhubri district on Thursday.

Around 35 lakh people of 18 districts of the state are still affected.

The administration has issued high alert in Barpeta, Bongaigaon, Nalbari, Chirang, Baksa districts following the release of excess waters from the Kuricchu Hydropower Plant reservoirs in Kuricchu river in Bhutan.

Over 1.95 lakh flood affected people have taken shelter in 833 relief camps set up by the administration.

As many as 208 wild animals, including 18 rhinos, have died in Kaziranga National Park in the current deluge.

Another 16 hog deer and 1 sambar were died in vehicle hits. The animals have been forced to move to neighbouring hill areas in Karbi Anglong district because of the flood.

On the other hand, one rhino and 10 hog deer were killed in other reasons in the national park during the current flood.

The forest department, CWRC and the locals have rescued 69 wild animals including three rhino calves, 57 hog deer, one baby elephant, two swamp deer, one sambar and five other animals from the park and adjoining areas.

The flood situation in the park has gradually improved but 15 forest camps in the national park are still under water.