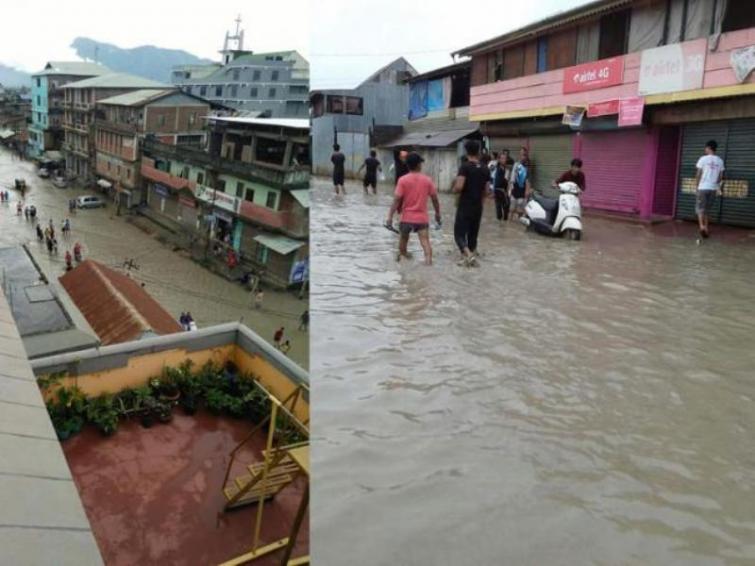 Guwahati, July 14 (IBNS): The flood situation in Assam has worsened with 11 people dead and over 26.45 lakh people affected in Assam's 28 districts.

According to the Assam State Disaster Management Authority (ASDMA), the flood waters submerged 3,181 villages and 103 revenue circles in the state.

Eleven people have died due to flood and landslide in the state so far.

In past 24 hours, four people have drowned in flood waters in Jorhat, Barpeta and Dhubri districts.

Over 7.35 lakh people have been affected in Barpeta district.

Following incessant rainfall, the Brahmaputra and its tributaries are flowing above danger marks in many places of the state.

The water level of the Brahmaputra river in Guwahati has been gradually increasing and flowing above danger level. Some waters have entered in the low lying areas of the city.

Two parks located along the banks of Brahmaputra in the capital city of Assam have inundated by flood waters and the waters to have reached the feet of the statue of Lord Bishnu located in the Brahmaputra river near the ancient Chukreshwar temple in Guwahati.

The flood waters have submerged over 87,607 hectare crop land.

The administration has set up 85 relief camps and 242 relief distribution centres.

On the other hand, over 16 lakh animals are affected in the current flood.

Four hog deer and a python were killed after the speedy vehicles hit them in Kaziranga National Park, while the wild animals trying to move the neighbouring hills area in Karbi Anglong district.