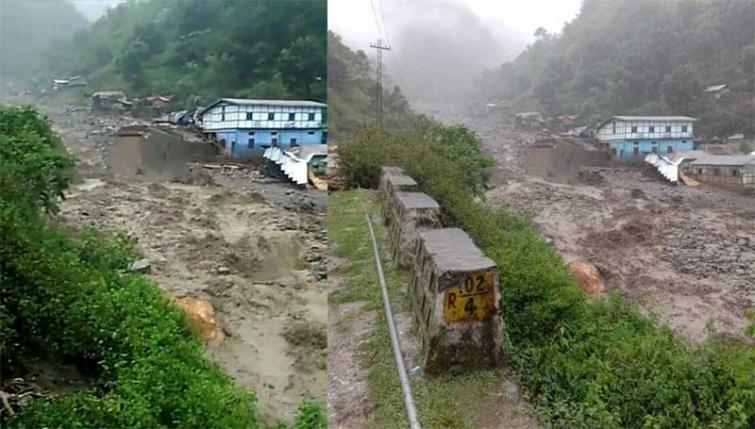 The floods washed away several houses, restaurant, shops and over 800 people were reportedly to be stranded.

An RCC bridge between Kaspi and Nagmandir was also washed away by floodwaters.

According to the reports, several people are reportedly missing in the area.

Indian army, Arunachal Pradesh police and locals are engaged to rescue the victims.

The West Kameng district administration has closed the Balipara to Tawang route via Charduar road.

On the other hand, several landslides have also been reported in the north east frontier state triggered by torrential rains in past couple of days.