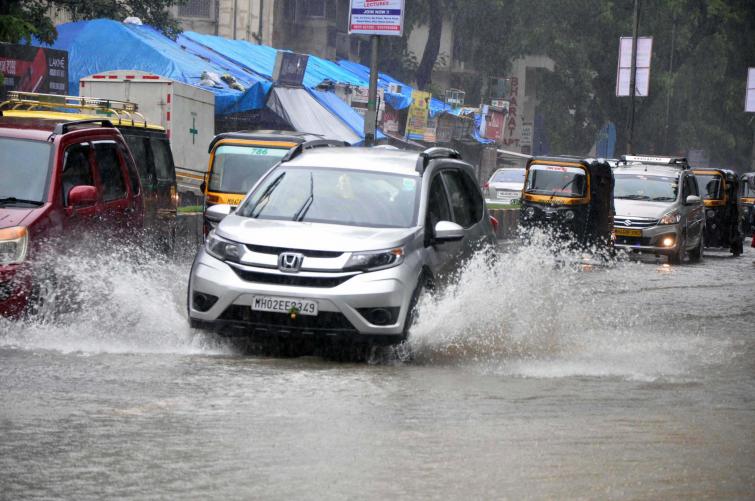 Mumbai, Jul 2 (UNI) At least 32 people were killed in various rain-related incidents, including wall collapses in this financial capital, Thane and Pune, and over 75 injured or missing on Tuesday, as rains battered parts of Maharashtra.

As a precautionary measure, the state government declared a public holiday for Mumbai.

According to officials, 18 people were killed when the compound wall of a few hutments built on hill slope in Pimpripada in Malad suburb, collapsed on some adjoining shanties around 0100 hrs.

NDRF, Mumbai Fire Brigade and other agencies were engaged in massive rescue operations to dig out many more feared trapped in the rubble.

Chief Minister Devendra Fadnavis informed the state Assembly that at least 75 are injured in the incident as Mumbai received the highest 24 hour rains in July since 1974.

Early today, the compound wall of the Sinhagad College in Pune crashed on some hutments beside, killing at least seven persons, and NDRF teams were at the site to retrieve those still feared trapped in the debris.

Two persons who were trapped inside an SUV in the flooded Malad subway since last night were found dead today.

In adjoining Thane district, three persons were killed when the boundary wall of National Urdu School crashed in Kalyan town and several more were injured, and two persons were washed away in flood waters in an overflowing river in Jawahar.

At least 150 BEST buses in Mumbai were also submerged and stranded at various locations in the city since this morning.

The IMD has predicted extremely heavy to very heavy rains in parts of coastal Konkan.

When parts of Mumbai experienced a lull in rains since noon, thousands of harried people rushed out of their homes to buy stocks of vegetables, fruits, groceries, milk in local markets which were charging higher rates.