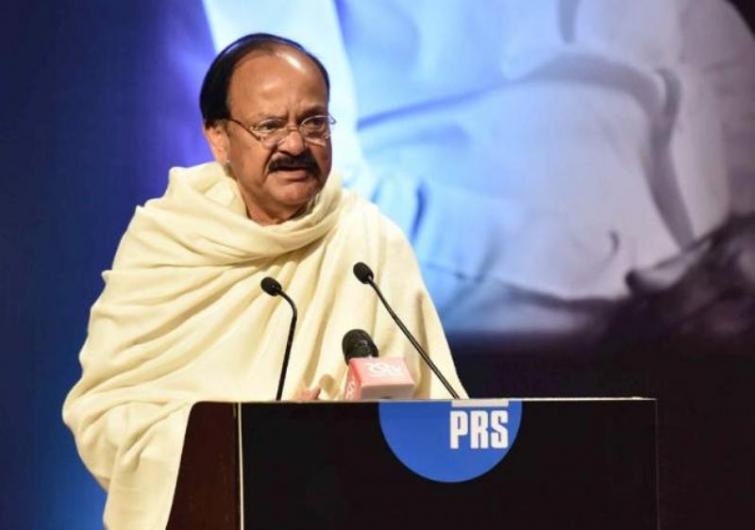 New Delhi, May 22 (IBNS): Vice President M. Venkaiah Naidu has called for achieving sustainable development that is equitable and people-centred and stressed the need for efficient and frugal use of natural resources.

Inaugurating the International Day for Biological Diversity (IDB) celebrations, in Chennai on Wednesday, the Vice President said Biodiversity is fundamental to the survival of the human race and said that man must re-establish the link with nature, as did the ancients in India centuries ago, and take from earth and the environment only so much “as we can replenish”.

Observing that sustainable development mandates the efficient and frugal use of available natural resources including biodiversity, the Vice President said: “A grave challenge we face today is the destruction of forests and the loss of species.”

Expressing his concern over the loss of trees at an unbelievable pace due to deforestation, urbanization, industrialization, and pollution, Naidu said India’s forest cover stands at 21% against global standard of 33.3%. India has lost over 1.6 million hectare of tree cover between 2001 and 2018, according to a new study released by the World Resources Institute (WRI).

Lamenting that the symbiotic relationship of man with nature was being threatened as societies develop, the Vice President warned that any damage to the environment would put the well-being of future generations in peril.

He also pointed out that the current consumption patterns, especially in the industrialized world, are unsustainable as they put enormous pressure on natural resources.

The Vice President also spoke of the need to secure international cooperation in fields ranging from sustainable agriculture and food security to health and sustainable development to urban resilience and adaptation, to climate change and disaster risk reduction.

Stating that India is one of the oldest civilizations in the world, Naidu said that the concern for environment was an innate aspect of the Indian psyche and faith, reflected in religious practices, folklore, art and culture permeating every aspect of the daily lives of the people.

The Vice President also pointed out that India had a long cultural tradition of frugality and simple living in harmony with nature and that all great religions which have traversed in our country have preached the unity of humankind with nature.

Naidu commended the convention for rightly acknowledging that poverty eradication is the first and over-riding priority for developing countries and said that while giving practical shape and content to any internationally agreed architecture, care must be taken to allow each country to develop according to its own national needs, priorities and circumstances, while ensuring the harmonization of development with conservation.

Earlier in the day, the Vice President flagged off the ‘Tree Ambulance’ initiative, a campaign to save trees. The Tree Ambulance has been conceived, designed, fabricated and equipped to provide first aid treatment to trees, aid tree plantation, assist the shifting of trees, carry out seed ball distribution etc.

Naidu said that out of the box solutions such as the Tree Ambulance, coupled with community participation, can go a long way in conserving and increasing our green cover.

The Vice President opined that the theme for this year’s IDB Celebrations, ‘Our Biodiversity, Our Food, Our Health’ was very topical.

He emphasized that the Indian way of life dictated eating seasonal and locally available food. He said that our traditional food systems were healthier and much more balanced from the nutrition point of view. ‘Millet-based meals consumed extensively in rural areas all over India are extremely nutrient rich’, he added.

Naidu expressed deep concern regarding the homogenization of food habits and increased dependence on a handful of crops, resulting in a rapid decline of agro-biodiversity. ‘As much as 80% of food supply is based on a few crops such as rice, wheat, maize and millets. The loss of diversity in diets is directly linked to life-style diseases as well’, he warned.