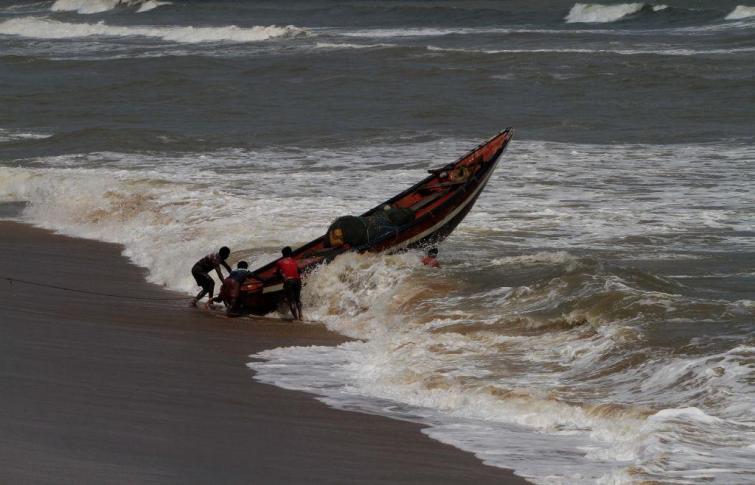 Administrations in West Bengal and Andhra Pradesh have also taken precautionary measure for the cyclone which has been described by the Indian Meteorological Department as 'extremely severe cyclonic storm'.

As per IMD statement, Fani is very likely to move north-northeastwards and cross Odisha Coast between Gopalpur and Chandbali around Puri during forenoon of 3rd May, with maximum sustained wind speed of 170-180 kmph gusting to 200 kmph. Landfall process is very likely to continue till noon/afternoon of tomorrow the 3rd May.

After the landfall the system is very likely to continue to move north-northeastwards, weaken gradually and enter into West Bengal as a Severe Cyclonic Storm with the wind speed of 90-100 kmph gusting to 115 kmph, read the statement.

"It is very likely to move further north- northeastwards and emerge into Bangladesh on 4th April evening as a Cyclonic Storm with wind speed 60-70 kmph gusting to 80 kmph," the statement said.

In a statement, the East COast Railway said :"Keeping in mind the Safety & Security of Train Passengers in view of Cyclone-FANI, Railways earlier had cancelled 107 trains from 1st to 3rd May, 2019. It has further decided to cancel 40 more trains on different days."

All flights from Odisha's capital city Bhubaneswar have already been cancelled from Thursday midnight.

Kolkata airport will shut its operation from 9:30 PM on Friday.

The districts to be affected seriously include Puri, Jagatsinghpur, Kendrapara, Khurda, Bhadrak and Balasore besides the northern part of Ganjam.