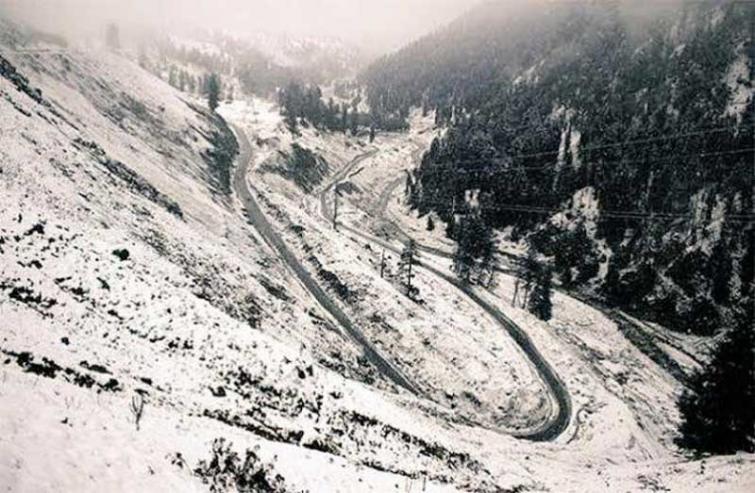 Mercury plunges after fresh rain or snowfall in Himachal Pradesh

Shimla, May 1 (UNI) Light to moderate rain or snowfall in the state on Wednesday once again plunged down the Mercury giving respite from heatwave conditions.

Minimum temperature fell down by two to three degrees in last 24 hrs of Keylong plunged under subzero once again as it was recorded minus 0.8 degrees, Kalpa in Kinnaur 1.1 degrees,Tourist resort Kufir 6.2 degrees, Manali eight degrees, Shimla 10.4 degrees Dalhousie 12.9 degrees, Chamba and Dalhousie 13 degrees each.

Currently, thundershowers are occurring in the district Shimla, Solan, Sirmaur , Mandi , Kullu ,Kangra and Kinnuar likely to be continue for next two to three hours.

The Met Office forecast rain or snowfall at few places in the mid and isolated places in next 24 hrs.