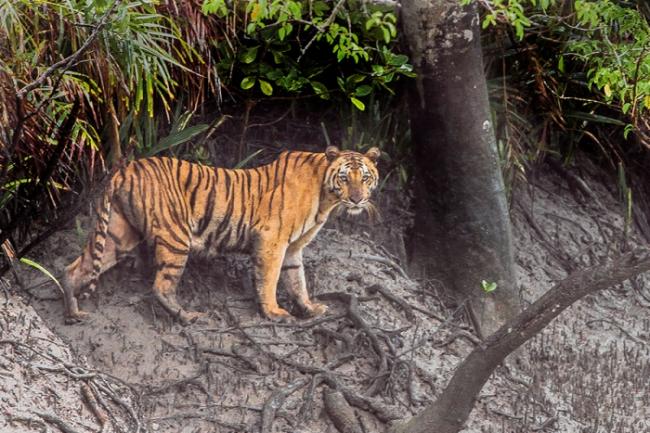 Kuala Lumpur, Mar 17 (Xinhua/UNI) Malaysia's government announced the launching of a campaign on Sunday to provide greater protection for the country's tiger amid an alarming increase of poaching.

Speaking at the launch of the Save Our Malayan Tiger campaign, as part of events to mark the International World Wildlife Day, Minister of Water, Land and Natural Resources Xavier Jeyakumar said his ministry, through its wildlife enforcement agency, would work with the Malaysian armed forces and Home Ministry to increase its presence in the areas where poachers operated.

"The time has come to stop the killings of Malayan tigers and other wildlife by these ruthless poachers. I am declaring war against the poachers," he said.

"This will be an agenda and commitment for all Malaysians. In escalating efforts to ensure the protection of the Malayan tiger, the government will increase the number of patrols on the ground under the Tiger Protection and Patrolling Program (TP3)."

Xavier added that the sale of protected species, including the Malayan tiger, had increasingly shifted online and increased enforcement were in place to combat the activity.

"To curb this wildlife cyber, a task force comprising relevant agencies in combating the wildlife criminals has been established and is in full operation," he said.

According to the ministry over 3,500 snares were destroyed and 162 poachers had been arrested during operations between 2013 and 2018.

The ministry said that the Malayan tiger, a subspecies of the big cat lives in Southern Thailand and Malaysia, had seen its numbers dwindle to an estimated 250 in the wild in Malaysia due to poaching and loss of habitat.
--