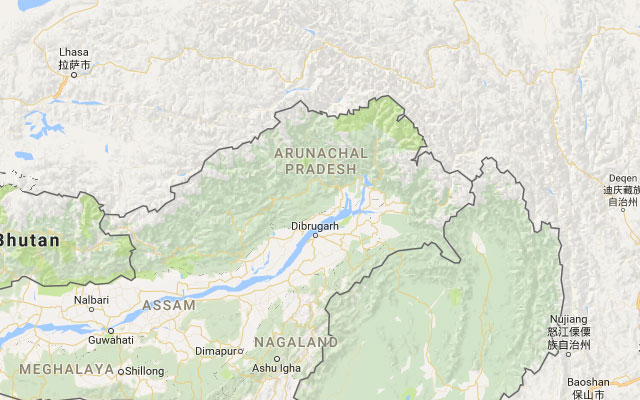 Itanagar, Aug 31 (IBNS) : A red alert has been sounded in Arunachal Pradesh as high discharge of water from China, the highest in 50 years, threatens to submerge at least 12 villages along the river Siang.

The Hindu quoted hydrological experts as saying that the “unusually high” discharge indicates sudden release of water from man-made barriers or a natural dam that was formed due to landslides caused by major earthquakes in the Tibetan region of China in November 2017.

The central government has asked Arunachal Pradesh to remain on high alert and has forwarded details of the alert sent by China.

China had issued an alert to India stating that it may release excess water into the Brahmaputra river (Tsangpo in Tibet) because of heavy rainfall in the river's upper reaches.

A circular, issued by the Arunachal Pradesh Government on Wednesday had cited China's letter as having stated that it will soon be releasing excess water as it has been raining heavily in the region. It is learnt that water level in Tsangpo has reached the highest mark in the past 50 years, forcing authorities to increase the discharge rate into the river.
Authorities have alerted people in Jarku, Paglek, Jarkong, Banskota, Berung and Namsing areas that are located adjacent to Siang river (a tributary of Brahmaputra) in Arunachal Pradesh. They have been asked to refrain from going to low-lying areas and not to venture into the river.